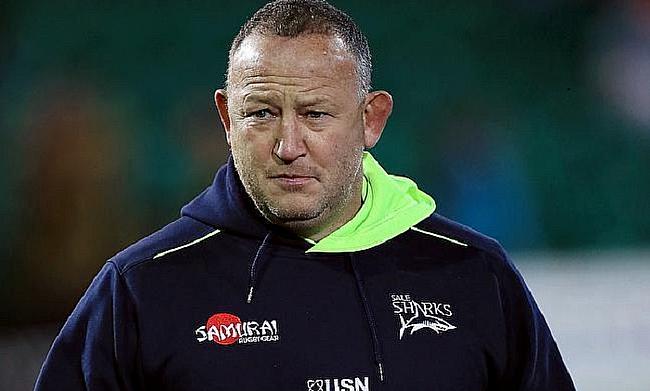 Steve Diamond's side have lofty ambitions for this campaign
©PA

Sharks’ strong cup performances have seen them unbeaten in the competition and they are now looking to lift the trophy for the first time in a season where they have been unplayable at home.

Here is a look at the route to what could be an historic final for Sale Sharks:

The former Newcastle Falcons fullback guided his new club to victory on his debut with two key tries and got their cup campaign off to a strong start.

Sharks came out on top in the second-round clash with Saracens, ending the home team’s 23-match winning streak. Saracens fought hard to mount a comeback in the second half and were five points behind Sharks with 33 minutes to go. Late tries from Sale’s Byron McGuigan and Dan du Preez quashed any hopes of Saracens continuing their excellent run of form.

In their third match of the competition, Wasps left the hosts with a mountain to climb at half time as they trailed by 10 points.

Denny Solomona was the hero as he turned the tie around in the second half, scoring two tries to give Sharks the advantage. Accurate conversions from Dan du Preez ensured Sale went home with a well-earned victory.

Sharks once again fought back from behind in the second period to win after an impressive first half display from London Irish left them trailing 15-10 at halftime.

Another strong performance after the interval from the Sharks saw them gain a five-point advantage in the 73rd minute with a try from Akker van der Merwe.

Sharks did the double over Saracens at the AJ Bell Stadium with Denny Solomona running in the first try after only 90 seconds.

Sharks continued in the same vein and by half time found themselves 21-0 up after a merciless first half.

The game was already beyond any doubt as an improved second half performance could not rescue the game for the Sarries.

Sale Sharks booked their place in this year’s Premiership Rugby Cup final with a convincing 28-7 win and kept their hopes of a long-awaited trophy alive.