Tom Youngs - 'It has been very testing from the top down' 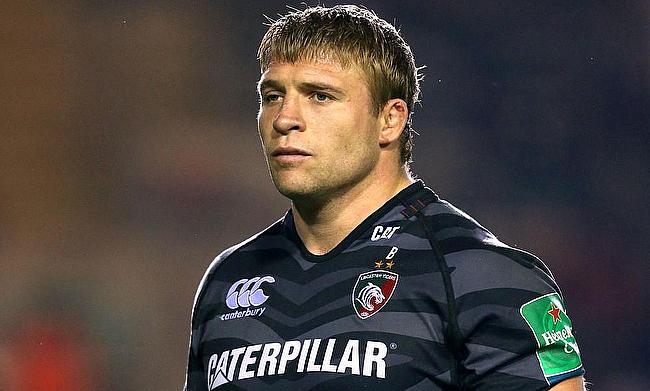 We all know leadership in sport is crucial and whilst vital domestic matches or glittering cup finals can test the character of any captain, the coronavirus pandemic has made that job even more difficult.

“It has been very testing from the top down,” Leicester Tigers skipper Tom Youngs explained to the press on Tuesday. “The best thing you can do in any situation like this is get everyone in a room, sit down and explain it, so people can ask questions. It is very difficult when you can’t do that.”

There is no hiding from the truth. The changes at Leicester, combined with their results on the pitch, has meant leading the Tigers has been far from easy for Youngs over the last couple of years.

In addition to this, wide-spread pay cuts, legal advice, the threat of job losses, a new chief executive and teammates trying to create an independent players’ union have also impacted Leicester in recent months and for Youngs, he admits this turbulent period has been tough for everyone at the club.

“We are a team, but everyone is at different points in their lives,” he added. “I am 33 with X numbers of years left to play, but we’re all in different circumstances. It’s very difficult to keep the group together and take a concept across the whole board.

“This is the time where players need to have a voice. Yes it’s tiring, yes it’s ridiculous that the goalposts keep getting moved. But this has to be the opportunity we take to rally together and make some changes for the better.” https://t.co/LFT6XyoJDO

“I think we have done as well as we can. The problem was that things moved quickly.  Everyone was dealing with something they don’t know. When you haven’t got the full information, it is difficult to give straight answers at times.”

Over the last couple of weeks, the fractured relationship between Premiership clubs and their employees has been exposed following talks of further wage cuts for players, but Youngs believes Leicester have handled the situation sensitively.

He said: “'Some guys still have some questions. I think it's getting there. We got through the last one [pay cut of 25 per cent] and now the salary cap is going to be dropped. There are conversations going on with players and it is different for every individual. On the whole, we are heading in the right direction, but it can be a tough one for individuals to understand why it's happening.”

Before the pause button was pressed on the Gallagher Premiership campaign, Leicester sat 11th in the table following just four wins from 13 matches.

The Welford Road faithful will be hoping this break has allowed the Tigers to dust themselves down and iron out their issues whilst the expectation of Steve Borthwick coming in as the club’s new head coach from July 1st will excite fans and in Youngs’ case, players too.

"Everyone talks about Steve's lineout ability which is second to none, but he brings a real edge to a group and a clear understanding to a group,” Youngs said of England’s current forwards coach.

“I am really excited to work with him. He is one of the best coaches in the world and we have got him coming here. If I was a 20/21-year-old forward, I would be extremely excited by working with someone like him.”

Whilst Youngs and his colleagues will have to adjust to the changes in coaching staff, there is also the possibility that on their return to playing, they could be greeted by reduced crowds inside stadiums.

The Premiership are hoping the campaign can resume on August 15th and with the government confirming their change in social distancing measures, it could lead to fans being present when the season restarts.

“It is all part of the occasion, the atmosphere of Welford Road or wherever you go and play,” Youngs said. “A Premiership game is always even better when you get a crowd off its feet cheering away, it makes for excitement doesn’t it? To be honest, we have all talked about players going back to play and train, but to get your head around not having fans in the stadium is quite tricky so it would be nice if that did happen. We’d all love to have some crowd in there, enjoying their Saturday afternoon and watching rugby again.”