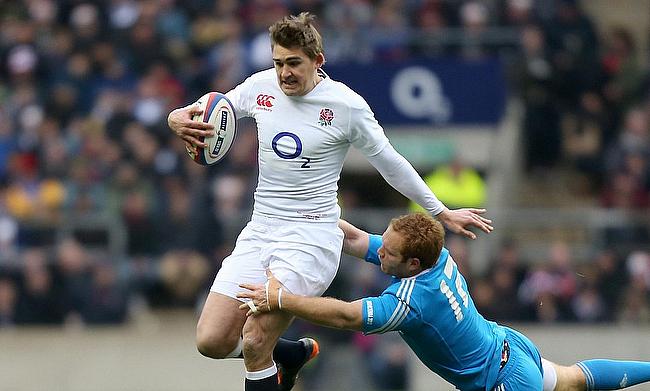 Former England international has committed his future to Newcastle Falcons after signing a two-year contract extension.

Flood joined Newcastle Falcons ahead of the 2017/18 season and has already played for the club 129 times including 77 games in the Premiership. He now becomes the sixth Newcastle player to pen a new deal with the club in recent times after Adam Radwan, Gary Graham, Jamie Blamire, Alex Tait and Tom Arscott.

“It’s not a decision that has been taken lightly,” he told the official site of the club.

“A lot of thought has gone into how my body is, and where I’m at in terms of being able to go again.

“After what happened last season with our relegation I feel a duty to set the record straight and put a few things right with regards to us competing well again in the Premiership, and I still feel I can make a positive contribution.”

Flood started his professional rugby career with the Falcons in 2004 but made a switch to Leicester Tigers in 2008 and went on to enjoy Premiership title with the Welford Road outfit in 2013 when they defeated Northampton Saints in the final in 2013.

The 34-year-old also had a brief stint with Toulouse before rejoining Newcastle Falcons in 2017. Overall he has racked up 159 appearances in the Premiership combined for Tigers and the Falcons.

“Toby is a tremendously experienced player with a vast amount of knowledge and ability, and it’s great news for us that he will remain here for the next two seasons," said Newcastle director of rugby Dean Richards.

“He is in good shape, he is a great example to any player in terms of how he looks after himself and his work ethic is as strong as ever.

“It is hard to put a value on the kind of knowhow and leadership that he brings to our environment, and it’s always great to have that core of good local lads who know what rugby in this region is all about.”

The Falcons currently are at the top of the Championship table with 13 wins from as many games and have a 12 point lead over second positioned Ealing Trailfinders.