BUCS Super Rugby is the goal, but new-look Newcastle won’t be rushed 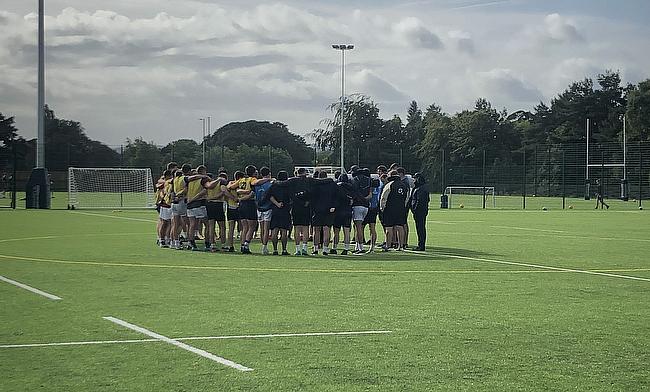 If there is one region in the UK which lives and breathes its sport, it is the North-East of England.

This is most evident when using football as an example. The cities of Newcastle and Sunderland are separated by approximately 15 miles and their incredible passion for their respective football clubs is arguably unrivalled.

Having lived on Wearside for three years as well as venturing to Newcastle from time to time, you immediately see how much 90 minutes on a Saturday afternoon [or whenever the television companies have their say] means to both sets of supporters.

The desire for a victory is palpable on matchday and it is clear football is put on a pedestal, but the positive steps rugby has taken in the North-East has not gone unnoticed.

Newcastle Falcons’ relegation from the Gallagher Premiership probably contradicts that point, but England’s final World Cup warm-up match against Italy drew in a crowd of over 50,000 at St James’ Park in a ‘football dominated’ city.

The iconic venue has also hosted Falcons fixtures against Northampton Saints and Sale Sharks over the last two seasons, which has been a major plus point for rugby in the region, and at university level, the sport does seem to be in a healthy position.

Northumbria University have plied their trade in the top tier [BUCS Super Rugby] for the last three seasons and they were under the guidance of Darren Fearn, who led the team to second place in 2017-18.

However at the start of this campaign, Jon Benson has taken the over reins at Northumbria with Fearn swapping allegiances to link up with city rivals Newcastle University.

Newcastle have been knocking at the door of BUCS Super Rugby for the last two years, but have failed to overcome the final hurdle of the play-offs, however, after visiting their brand new state-of-the-art facilities last month, they certainly have a clear vision.

It is their blueprint which attracted Fearn to join the university. He played a vital part in the development of students at Northumbria with the likes of England 7s’ Will Muir as well as Falcons academy players learning from Fearn, but now he is ready to help Newcastle grow.

“For me, I am very ambitious in what I want to do as a coach and as an individual,” Fearn told TRU.

“Listen, the actions of Newcastle University within sport was a massive pull for me. We are sat here now in a multi-million-pound facility with wonderful 4G pitches. My office is literally yards away so it allows me as a coach and as Director of Rugby to concentrate on what I want to do.

“I had some good discussions with Newcastle and the fit seemed right for me and my family and they are the most important thing. I backed the plans of the university and they have evidently backed me.

“I loved my time with Northumbria and I genuinely wish them all the best. They have got some good lads and I am sure they will be spot on this year with the new coaching team, but it seemed the right time for me to move on.”

Both Cardiff and Swansea have denied Newcastle a place at university rugby’s top table since the introduction of the league in 2016, but the excellent work former head coach Matt Carter put into the programme at the North-East institution is something Fearn is looking to build upon.

However, he was quick to point out that despite Newcastle being on the cusp of BUCS Super Rugby, there is no pressure on the 1st XV to make the next step as quickly as possible.

He added: “My role, along with the other coaches like Joel Hodgson and Micky as well as the players, is to make sure we deserve to be where we deserve to be. It is down to us and myself as a Director of Rugby to make sure we get this year right. It is not a case of ‘we need to do this right now’ it is a case of making sure we have got the foundations to build and making sure when we do, we are successful long term.

“If someone said in eight months’ time, you’ll be up in BUCS Super Rugby that would be brilliant! I’d love that, but it has to be done properly”.

“The coaches before me like Matt Carter have done a great job to lay some of the foundations and I have come in to build on that further. If you get the development of the team and player’s right, then their long-term development is sustainable and we as a Club will be sustainable.”

Fearn is keen to stress the bigger picture for Newcastle, but club captain Bailey Ransom, understandably, has a shorter time frame in mind. This is because the lock has entered his final year at the university and reaching BUCS Super Rugby would be the perfect way to end his time with the club.

“I think since I came here two years ago, getting promoted to BUCS Super Rugby has been the ambition of the club,” Ransom said. “We have fallen short at the last hurdle, but definitely, I want to leave this place by getting us up there. There are some good young lads coming through so I think the club will be in a good place and they can really kick on with Darren coming in.

“Darren has brought an energy and a hunger to work hard and achieve. The boys have a lot of respect for him. His qualifications speak for themselves – coaching England Students and Northumbria for the last couple of years - so he has got a proven track record and the boys are really looking forward to learn from him.”

Ransom’s first involvement with Fearn came earlier this year as he was named in the England Students squad for back-to-back clashes with France.

Ransom was one of two players to be selected who weren’t affiliated to BUCS Super Rugby teams, but the forward relished his opportunity as well as working with his new Director of Rugby.

“It must have been January time where we got to the first training session. When I got told I was going to that, I was a bit shocked at first because I didn’t think anyone outside BUCS Super Rugby would get a look in, but Darren is like that.

“He is a quality coach and if he sees talent, he recognises it and he is not afraid to give you a chance. I took my chance and I enjoyed it.”

Now Ransom, who is also part of the Newcastle Falcons academy, is looking forward to skippering his university this season as Newcastle begin their Premier 1 campaign against the University of Edinburgh on Wednesday.

He added: “It is a huge achievement for me. I have wanted to do it and I have loved every moment here. I captained last year because our captain Dan was unfortunately injured so I got a taste for it then and I really want to kick on and help the lads. I am looking forward to it.”

Whilst both Ransom and Fearn would love promotion this year, Newcastle are not setting short term targets. It is clear they have a vision in place to succeed and like with any sporting team in the region, they will put their heart and soul into making sure they achieve their goals.