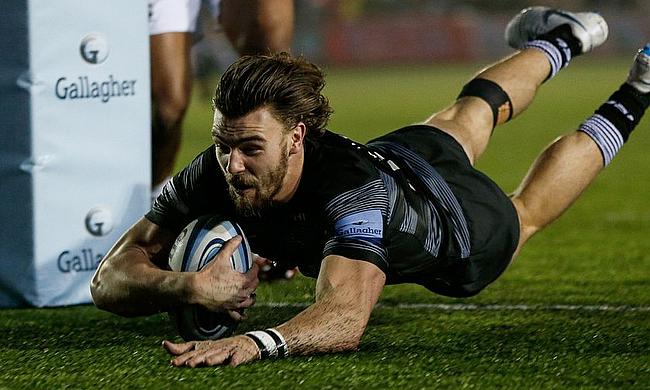 Newcastle Falcons centre Johnny Williams thanked the support he received after featuring in his first competitive game since being diagnosed with testicular cancer over the summer.

Former England Under-20 international Williams, who last played for England during their game against Barbarians in June missed the World Cup training squad as he attended his final round of chemotherapy in October.

The 23-year-old returned to Falcons training in November and played his first game last Saturday during the first half of the game for Falcons XV that went on to defeat Watsonians 31-5 in Melrose.

“It was really good to have a little runaround and get that first half under my belt," he told in a statement released by the club.

“I’ve come a long way since the summer when I was diagnosed, and it’s great to be back playing some competitive rugby again and be back with the Falcons boys.

“It’s been huge for me to have so many messages on social media from supporters, players at other clubs, people within the game and just general well-wishers.

“I read every single one of them, and it really does mean a lot to know I’ve got so many people out there backing me and wishing me all the best.

“It drives me to keep working hard and to get out there on the field again as quickly as I possibly can, so to everyone who has made a comment or just had positive thoughts towards it, I can’t thank you enough.”

Williams also expressed delight in returning back to the field and is hoping to soon join the club's campaign to return back to the Premiership.

“The old lungs were tested today, as I knew they would be, but I only played a half and it wasn’t too bad.

“The Falcons’ strength and conditioning guys have managed me really well over the past few months. My running load and gym load was managed carefully, and then reached a point where I could join in with the rest of the team training.

“I had a few weeks of that and then graduated up to doing the full-contact training, and from there the plan was always to get a half of rugby into me today.

“The next step will be getting 80 minutes or thereabouts under my belt, but until that happens I’ll just keep training hard and trying to push my case for selection.

“We’ve got a lot of good players at the club so I’m certainly not taking anything for granted on that side of things, but I’m just keen to get out there again and to help the club get promoted back into the Premiership.”