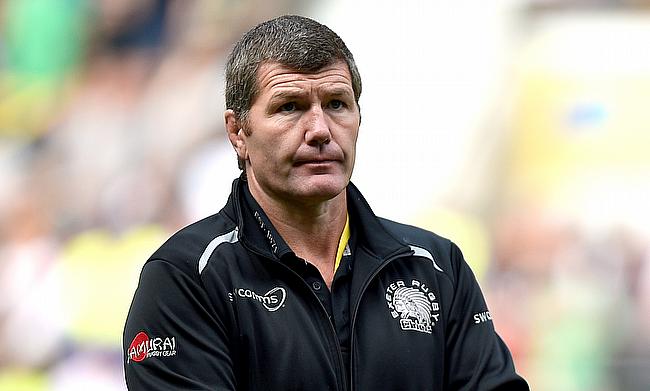 The 30-year-old will remain at Sandy Park until March next year and will provide cover with skipper Jack Yeandle and hooker Jack Innard sustained a broken arm and shoulder injury respectively.

Cooper joined Newcastle Falcons in 2016 from Super Rugby side Sharks and has featured in 37 Premiership games.

“People will be aware Jack Yeandle has picked up a pretty significant arm injury with the break in his fore-arm,” said Exeter director of rugby Rob Baxter.

"Jack Innard is also going to be out for around 12 weeks following a shoulder operation, plus Luke Cowan-Dickie will have to have an EPS rest in the next three weeks.

“At the same time, we’re not too far away from the start of the Six Nations and we have to anticipate that Luke will more than like be involved with that too, so when you look at all those factors, we’re starting to thin out a little.

“Obviously, Elvis Taione has stepped in and been a proven performer for us in the past. Jordon Poole has come in and looks like he will be a decent option too, but at the same time we can’t leave ourselves short in that scenario.

"We therefore looked around and it soon became apparent Kyle could be made available on a three to four month loan period from Newcastle".

Baxter also added that Cooper's inclusion will bolster the squad as they aim to maintain their unbeaten run in the Heineken Champions Cup when they meet rivals Sale Sharks on Sunday.

“I spoke with Dean Richards [Newcastle’s Director of Rugby] and between us we agreed the loan period, subject to Newcastle not having any major injury issues of their own. We know Kyle is a proven Premiership performer, having seen him in the past, plus also when he’s played against us previously.

"As I said, we think this is the right thing to do to keep us at the strength levels we need for the challenges ahead over next few months.”