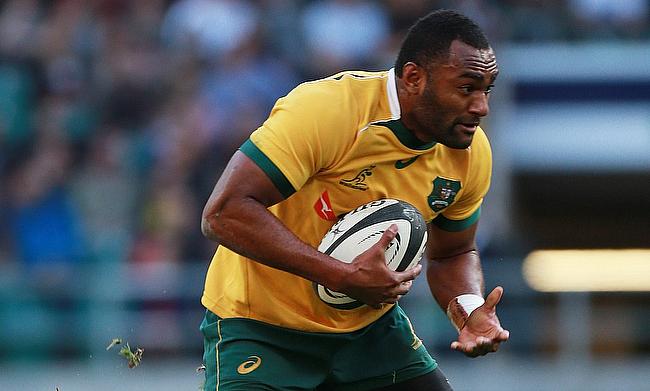 Western Force have confirmed the signing of Australia international Tevita Kuridrani from rivals Brumbies ahead of the 2021 season.

Kuridrani, who represented both the Fiji and Australia Under 20 sides made his Super Rugby debut for Brumbies in 2012 and has made 135 appearances for the club in which he crossed over 28 times. He was also part of the side that went on to clinch the Super Rugby AU title last weekend with a final win over Reds.

“It has been a true honour to play for the Brumbies, a club that gave me a chance to play Super Rugby, and to live out my dreams," he said.

“Leaving my family in Queensland to come to Canberra was difficult, but I can honestly say it was the best decision I ever made.

“I will cherish the memories I’ve made at this club forever, and I just want to thanks everyone who has made my journey with the Brumbies so special, not least the Canberra community who always made we feel at home here.

“While I’m sad to be leaving the club, I feel the time is right for me in my career to have a fresh challenge and I’m excited for my new opportunity with the Western Force.”

Brumbies coach Dan McKellar thanked Kuridrani for his contribution to the club and wished him good luck on his new stint.

“On behalf of everyone here at the Brumbies, we just want to thank Tevita for everything he’s done at the club over the past nine seasons.”

“He’s been a great servant for the club over the years, all the way to end where he was one of our best against the Reds on Saturday night.

“He did everything in his power to make sure he left the club on a good note, and he’s done that over the years, time and again, stepping up in big moments.

“He’s been a rock for us in that 13 jersey for a long time, his defence and his durability to go with his obvious gifts as a carrier, he’s been a huge part of what the club has achieved during his time here.

“It’s always tough to see a guy who’s contributed so much to the club leave but it’s probably the right time for Tevita to have a fresh start and we wish him all the best for the future.”