Super6 in Scotland on the horizon 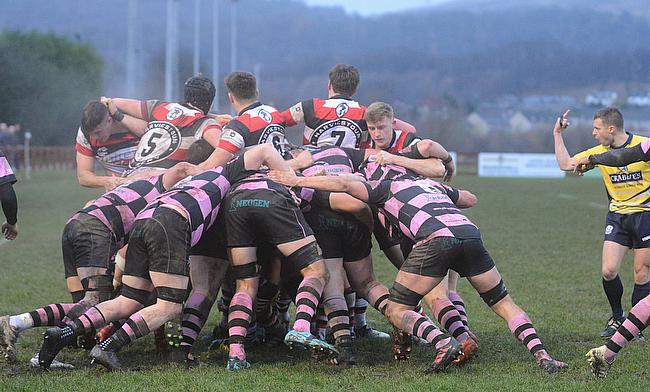 Scotland back in the mix in Pool A
Scott Lawson Column: 'I cannot wait for Scotland-Ireland'
Local rugby club proud of Gilchrist
Scottish qualified players set to head north to be part of Super6

This week, all six playing squads that will take part in the new-look FOSROC Super6 league in Scotland were announced.

Over the last 16 months or so, Super6 has been the most talked about subject in rugby circles north of the border with six clubs - Ayr, Boroughmuir, Heriot’s, Melrose, Stirling County and Watsonians - having been awarded franchises.

The aim of the league is to create a new level between the amateur and professional game in Scotland, help the best players rise through the ranks and, ultimately, give Richard Cockerill, Dave Rennie and Gregor Townsend a wider base of talent to pick from for Edinburgh Rugby, Glasgow Warriors and Scotland.

Some of the clubs have given their Super6 teams new names - the Ayrshire Bulls, Boroughmuir Bears and the Southern Knights will represent Ayr, Boroughmuir and Melrose for example - while the coaching teams have been working hard to get their finalised 35-man squads together in recent weeks.

Within the competition, there will be 30 FOSROC Scottish Rugby Stage 3 Academy players involved with five in each squad. The Stage 3 players are the highest rated young players in the country and some have been training with Edinburgh and Glasgow while players have been away at the World Cup.

The Ayrshire Bulls head coach is former Scotland full-back Peter Murchie, Boroughmuir Bears are led by ex-Scotland centre Graham Shiel and Heriot’s coaching sets-up is being headed up by Phil Smith until Andrew Kelly returns from coaching in Hong Kong in early 2020.

Andrew Kelly has been announced as @HeriotsRugby new Super6 coach and will take the reins in February 2020.

Rob Chystie is head coach of the Southern Knights with former Scotland centre Ben Cairns in post at Stirling County. Ex-Edinburgh Rugby second-row Fergus Pringle is in charge at Watsonians.

On his squad the latter said: “We are really happy with the squad that we have put together.

“We have a number of players in there who have been at Watsonians a while and know what playing for this club means and they have been joined by some youth and experience from elsewhere - and the mix in the squad looks exciting.

“With all six squads now announced we cannot wait to get going in our friendly games and then away to the Southern Knights in the first competitive match.

“It is going to be an excellent competition and we look forward to bringing Super6 rugby to Myreside in the coming months.”

The competition starts on November 8 when Boroughmuir Bears host Heriot’s with the latter the first to play a friendly match when they take on Newcastle Falcons’ development team this coming Sunday.

Euan McLaren (Ayrshire Bulls): The young prop has already represented Scotland under-20s and is a Stage 3 player and highly regarded.

Rufus McLean (Boroughmuir Bears): The winger missed the World under-20 Championship in the summer through injury, but has pace to burn when given half a chance.

Jack Blain (Heriot’s): Made his debut for Edinburgh Rugby last season and is a strong back three player who will be looking to take his game to the next level in 2019/20.

Rory Darge (Southern Knights): Back-row who, like McLean, missed the under-20s showpiece event in Argentina, but is highly rated by Richard Cockerill and others.

Josh Henderson (Stirling County): A stand-off in the Finn Russell mould, he was part of the Scotland Sevens extended squad last year and will want to get a block of games under his belt.

Lewis Berg (Watsonians): Made his mark last year on the Kings of the Sevens circuit and as a hard-running centre in the XVs game, he could be a handful for defences in this competition.

Here’s the list of 210 Semi Pro players who will be taking part in Super6 this season ... Part 2 - Heriot’s, Boroughmuir Bears & Ayrshire Bulls pic.twitter.com/sAvI26Fv5R