Scotland back in the mix in Pool A 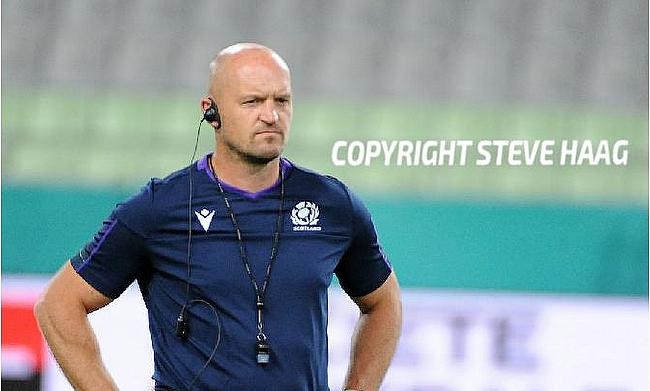 Wales hold on to defeat Australia
Johnny Leota Column: I am backing Samoa!
Japan fight back to shock Ireland
Ireland dominant in opening victory over Scotland

Scotland got their World Cup up and running for 2019 with this bonus point win over Samoa - Gary Heatly has his say on the Pool A match in Kobe.

Scotland lost their opening game in this showpiece event with an abject display against Ireland while Samoa beat Russia first up, but lost two players to suspension.

When the sides met at the World Cup pool stage in Newcastle in 2015, it was a cracker so would we see another in Japan to kick-start the week?

Scotland started the Ireland match very poorly and knew they had to be more controlled in this one in the heat of the Misaki Stadium.

Winger Darcy Graham had a great break in the third minute and although the ball was then lost by back-row Jamie Ritchie, it was a positive start for the Scots.

The Samoans were then dealt a blow when skipper Jack Lam was forced off for an HIA to be replaced by Josh Tyrell in the back-row.

Scotland took the lead in the eighth minute when scrum-half Greig Laidlaw kicked a penalty to make it 3-0. The Scots then lost loosehead prop Allan Dell to an injury with Gordon Reid coming on as No.8 Lam returned for Samoa.

Scotland had a lot of possession, but with the ball very slippery due to the humid conditions, they failed to add any more points as the first quarter came and went.

In the 28th minute, the Scots looked like they were getting close to the first try of the day, but after a good drive led by Ritchie, the ball was lost as it went wide and Samoan Tim Nanai-Williams cleared.

However, two minutes later Scotland did have a try on the board when a super cross-field kick by stand-off Finn Russell found winger Sean Maitland in acres of space on the left who went over for five points. Laidlaw converted and it was 10-0.

Better was to come for Scotland five minutes later when a great break by Russell set-up Ritchie who in turn gave the ball onto Laidlaw. That was on the Samoa ‘22’ and the diminutive number nine bounced attempted tackles from Nanai-Williams and winger Ed Fidow to go over for the try. Laidlaw converted and it was 17-0.

Full-back Stuart Hogg then boomed over a 40 metre drop goal for the Scots and they were 20-0 up and in charge of matters.

Stuart Hogg finesses a drop-goal over the posts from the just shy of the halfway line. Colossal kick#RWC2019 #ITVRugby pic.twitter.com/zagNZw7WLG

They had another couple of chances before half-time, but that was the way it stayed at the break and Scotland were in charge.

Samoa made some changes early in the second half, particularly in the pack, and for a spell that gave them parity. However, soon Scotland were back on the front foot and in the 56th minute they were awarded a penalty try.

It came when a Scotland maul was illegally stopped by Fidow as replacement Fraser Brown crossed the try line. Referee Pascal Gauzere had a look at the video and awarded the seven points and sin-binned Fidow.

Scotland now had 24 minutes to try and get the crucial fourth try to give them a bonus point.

In the 62nd minute, Reid was adjudged to have knocked the ball on as he reached out for the try line from short range, but the fourth try was coming.

With six minutes left it did come and Scottish fans were relieved. The ball was shifted left and Maitland slid as he attempted to touch down, but was stopped by Fidow.

When the referee checked what had happened with the TMO, he noted that Fidow had not made a tackle, his knees went into Maitland’s back, and a second penalty try was awarded.

Scotland had the bonus point and Fidow was sent off for a second yellow.

This 34-0 result means that Scotland are back into the mix for the knock-out stages while Samoa also have five points to their name, but they will need to sort out their discipline before games against Japan and Ireland.

The pressure was on before this game and the team delivered. At times, they maybe forced things too much and looked a bit nervous, but when scrum-half Greig Laidlaw took control of things, they were far more structured.

They led 20-0 at the interval and the only job that was left in the second half was to make sure they got the bonus point for four tries.

It did take until the 74th minute for that to come in a messy second half, but it is job done.

Jamie Ritchie came into the number seven jersey after recovering from a facial injury and he was superb at the breakdown area and was just pipped by second-row Jonny Gray for the man of the match award.

?? "If we can play like we did tonight, and improve a couple more aspects, we'll very much be in this world cup"

Alongside Ritchie, Magnus Bradbury and Blade Thomson were good in the back-row and now the squad can dust themselves off and prepare for Russia next week.

Discipline is so big in rugby and Samoa did not seem to learn from their mistakes against Russia. They were regularly offside while they gave away two penalty tries and had a player sent off which meant it was impossible for them to get anything going in this one.

They have some good players in their squad, of that there is no doubt, but they do not seem to be playing as a cohesive unit at the moment.

A lot of work to do before their final two pool games by head coach Steve Jackson and his staff.