Super Rugby Round 6 XV: Dan's Back 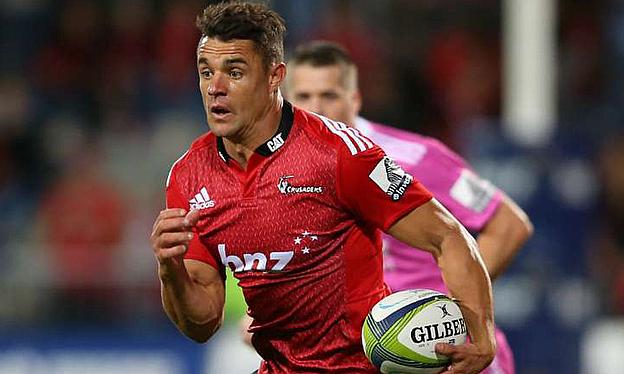 The Super Rugby team of the week has got to be one of the easiest I have had to compile.

This was a crazy round which had everything one would want to see from a Rugby perspective. Super Rugby was full of quality tries, red cards, dire weather, yellow cards and some superior statement made! The Hurricanes and the Highlanders got the round off to a great show with the Canes managing to win their 5th game on the trot. The Lions managed a come from behind win on tour once again as they managed to shock a Rebels side that could easily have run away with the game in the first half.

The Cheetahs started very well, led at the break and the second half was a different story as the wheels fell off. All the games could be described as tales of two halves. The Crusaders put on a master class as they put 50 on the men from the Free State and face the Bulls who just sneaked in against the Force next. Their illegal scrumming remains unpunished and no-wonder they have the most efficient scrum in the competition (97% success rate). The referees continue to make, more enemies with inconspicuous decisions and call.

The Sharks faced a daunting task and must be credited with how they overcame two red cards to narrowly beat a Chiefs side that barely left second gear. A game of three red cards and terrible conditions! So this is my team of the week:

15. Israel Folau (Waratahs)
Even the doubters are starting to believe. I am sold, a performance to remember from the Australian star. Folau created two tries, and managed to score a wonderful try. The guile, the flair and the ingenuity to create the break that led to the final try. Magical!!
14. Ben Smith (Highlanders)
He has to be the best 15 in the world! His performance was masterful in a losing cause. Having featured on the wing before for the All Blacks there, he was brilliant on the counter attack, in defense and his decision making was great.
13. Malakai Fekitoa (Highlanders)
Trojan soldier! The All Black center was quality in this game against the incumbent Conrad Smith. The plans for the All Blacks to move Ben Smith to 13 may have to be quashed. Malakai was once again brilliant and handled the midfield like a veteran. J.P Pietersen was another exceptional player at 13 for the Sharks!
12. Daniel Carter (Crusaders)
An erratic first half saw the man rediscover his mojo in the second half as Dan ‘the man’ could not have put a foot wrong in the second half. An improved kicking display, two tries and you could see how vital his leadership and experience helped the side. The Crusaders will do well to keep him at 12 going into a very difficult tour down in South Africa!
11. Nemani Nadolo (Crusaders)
A master class display! Forget the selfish moment to release Dan Carter, he was terrorizing! The Fijian was everywhere and was creating opportunities. A well taken try just reward as the big man looks to build on that performance in their tough clash against the Bulls. Bjorn Basson, watch out!!
10. Pat Lambie (Sharks)
For a moment I felt Bernard Foley who was sublime for the Waratahs was the best 10 this weekend, until I put Lambie’s performance into perspective. The Sharks captain after the madness of Bismarck and Frans was exceptional. He was great in controlling a game with his side depleted to 13 men. I laud his leadership and would do the Sharks good if he was to continue the role. Striking the winning penalty was fitting!!
9. Cobus Reinach (Sharks)
It was a vindicated decision to start in somewhat. Cobus busted his butt off for the team and in horrid conditions showed his adaptability. Reinach was the pick of the scrumhalves this weekend were Andy Ellis, TJ Perenara and Nick Phibbs played well. Another Springbok that stepped up in a match the Sharks could have lost easily and blamed the tyrants!
8. Warren Whiteley (Lions)
Captain fantastic! The Springbok 8 was made man of the match by most sides. He was exceptional and made a round high 26 tackles. Warren managed to make a massive impact and managed to get a second away win with his side. Credit to his leadership!! The Hurricanes’ Thomson was another massive player this weekend. He put up a shift that highlighted the continued improvement of the Canes pack.
7. Jordan Taufua (Crusaders)
Passionate. Jordan was perfect! The Crusaders man managed to come into the side and grab two tries in what was a second half turnaround for the home side. The man carried exceptionally well, defended when he had to and managed to show signs of being a future All Black in the future.
6. Sam Cane (Chiefs)
He was colossal. A well deserved try as the Sharks managed to beat his side. Sam Cane is the heir to the Richie McCaw throne and while he offers a different dimension to his game the flanker could be a great one. He had an impressive display. It was a tough call to make, considering Marcell could have easily walked into this side.
5. Marco Wentzel (Sharks)
This was a quality display for the Sharks lock who managed to be dominant in the line out. Winning two of the Chiefs own line out ball and managing to take 9 of their own. Great in the air as well, a silent hero in the battle of crazy hookers off! Wentzel was competent in defense with 7 tackles. The Western Force’s Sam Wykes was equally dominant including a brilliant rip off and score against the Bulls.
4. Sam Whitelock (Crusaders)
A top drawer display from the Crusaders man. Whitelock managed to get a lovely break before creating a try. A work horse for the home side as they managed to get a solid platform from the scrum and lineout.
3. Owen Franks (Crusaders)
The pillar of a very effective scrum. Franks is part of a very lethal scrum and also a very controversial one too. Despite playing for one half, the Crusaders managed to destroy the Cheetahs scrum. Despite their efforts being illegal, the referees are at fault as they fail to penalize the team.
2. Silatolu Latu (Waratahs)
A run on debut, a try and a yellow card. It was an eventful day for the Waratahs hooker who was solid. The Brumbies scrum was subdued and Latu was a big part of the Tahs winning the big Australian derby!
1. Reg Goodes (Hurricanes)
Reggie was effective at scrum time and also managed to grab a try as the unbeaten Hurricanes continued their surge forward. They showing great balance and stability. Goodes another of the pillars of this sides’ brilliance!