Super Rugby Round 3 XV Team of the Week 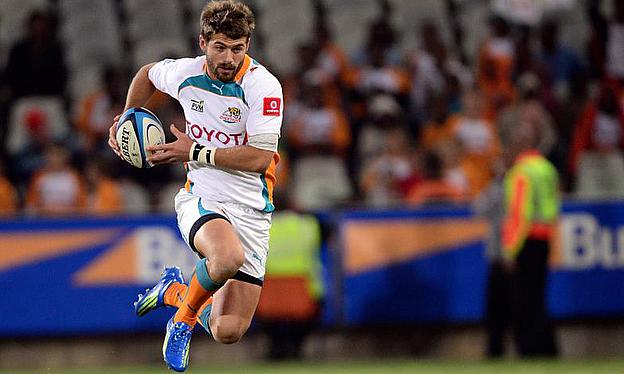 Willie le Roux has been performing for the Cheetahs
©PA

What a Barbarians coach must do is pick SBW and Le Willie de Sportif (Willie le Roux) when they in top form and unleash them on the field.

This week it was very difficult to pick the top performers. I was impressed with the Chief's collective display as they dismantled the Crusaders! The clock is running down on John Kirwan at the Blues, I fear for the Lions who will take them on in Auckland. The Hurricanes, Chiefs game could be shaping up to be a cracker soon. The Bulls finally pulled themselves out of a rut, as the Stormers scrapped past the lions. This is early stages but the on going fight for World Cup spots surges on.Who stood out for their franchise in Round 3 in your opinion?

Yet another top quality display. The man has been a real rock for the Australian side and his five-star show this weekend continues to win him plaudits.

The captain for the round in a Hurricanes drubbing of the Western Force. The All Black hooker led from the front and the Hurricanes set piece was dominant. John Plumtree continues to leave his mark.

It was a physical battle. The Springbok prop was formidable. Rarely does Coenie feature in the team of the week, but when he does we acknowledge.  The ineffective carries the only dull moments in his game, however his work rate noted making 13 tackles and missing 4.

Tackled his socks off, carried massively, was dominant in the lineout as the Hurricanes managed to get good forward ball. He also managed to crush over for a try. Burrowing away Wallabies hooker Nathan Charles.

Continues to mature as a lock. Dominant in the line out, as a carrier and is a leader among men. There has been talk of P. S.d.T being the answer to big Vic. The signs are there but he is still a long way from getting there.

A man who is working hard in the trenches for the side alongside Coles and Abbott. Carried, tackled and involved in a try movement. This form could see him on the fringes of an All black call up once again.

19 tackles, a try and an assist. The Brumbies man was on fire. The impact the side needs with David Pocock out. Does not look like they have anything missing.

On his 100th cap he had a mammoth game. Add the try, the All Black star was towering above all. He carried over 70m in 12 carries, was a pillar in defence for his side as well. Telling difference, unfortunate to be on the losing end.

A first start in Super Rugby for the Bulls and the former Lions player took his opportunity. Pulling players from the fringes to feed his forwards, creating two tries in the process. Was providing reliable service. Brilliant show.

Continues to grow into a quality 10. The youngster has a great turn of pace and managed to keep his side in the game with the boot, a beautiful try and was unfortunate to miss a last gasp drop goal!

Despite his exploits at 15, I had to add the youngster on the wing. Managed to have another good game. Despite the forward pass to Francois Hougaard he was telling on the counter and in defence.

The catalyst to that romp. SBW continues to light up the season with another blockbuster performance. The opening try was Mercurial!! It was a sign of determination, strength and pure genius. Steve Hansen has to accommodate this man, over Ma'a Nonu the incumbent. Best 12 on the globe?

Potent on attack and defends like a trojan. The Brumbies man was instrumental in the Brumbies close win over the Rebels. The Brumbies have managed to utilise his size and ball skills to perfection.

Two tries for the man. A step, a swerve, great speed and hunger for the white line. The Cheetahs speedster was in top form and winning the race for Springbok wing at the moment. While his defence may be a spot of bother the winger's attack is still intact.

The creator. Think SBW is creative, meet his teacher. The Cheetahs talisman has been the cog in the Bloemfontein side's bright start. The catalyst to everything attacking about the Cheetahs!