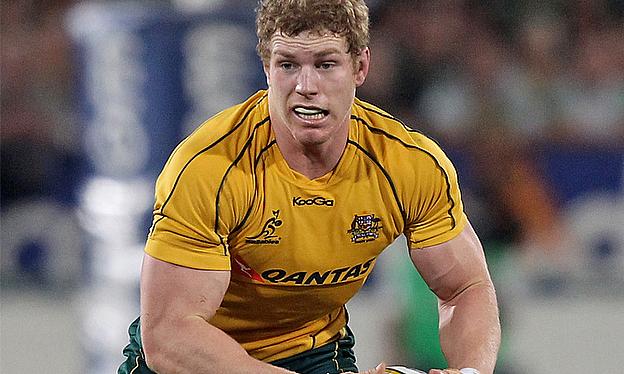 2015 Super Rugby will see the return of David Pocock
©PA

This weeks addition we move to Australia, who have the 2014 Super Rugby title in the Waratahs, and in the continent boast some of the world's most exciting and talented footballers. Here's who wee think will make marks on this years' competition.

The Australian conference was special. It was Waratahs and the rest. It was one which saw the Western Force prove their abilities to be a competitive force. The recruitment of South African outcast Sias Ebersohn was a master stroke as the side populated by South Africans. No Force player is more popular than the ever green Honey Badger who won over fans in the people's team. They will face a stern test this year which was compounded with an early blow as talisman and captain Matt Hodgson is out for eight to nine weeks. The champions will be out to defend their crown, while coach Michael Cheika will have to balance out the national and club duties. Spearheaded by the mercurial Israel Folau and Bernard Foley with Jacques Potgieter making the yardage up front. They look like they will reach the playoffs but not the final.

The Brumbies and the Melbourne Rebels are also looking quite strong. I will not use trials as a basis of squad form, but the squads have quite some balance to them. They are highlighting how open this conference will be and what makes it more interesting will be how the Brumbies recover from the loss of another key member of the coaching staff. First Jake White, now Laurie Fisher.

The Rebels will likely be the weaker of the sides and the loss of Scott Higginbotham at the dawn of the season leaves them having to seek another talisman. Higginbotham's biggest Achilles heel is his discipline. He has the a habit of getting the odd yellow every other game. The Melbourne side have been rebuilding without continuity. At some point they must keep their stars and build an empire.

The most exciting side, the Queensland Reds. A wealth of talent in the squad and may have to wait until Boxer-flyhalf Quade Cooper partners with Will Genia again. Greg Holmes also adds to the casualties and the return of bad boy James O'Connor could ruffle a few feathers.

Born in Papua New Guinea and the Reds number 9. Away from the big stage over the months due to injuries and loss of form. In 2011 he had the world at his feet. The only trophy missing was the Webb Ellis Trophy. The Wallabies and Reds operated around him and functioned exceptionally because of him. His partnership with Quade was feared world over and in most quotas they held the best 9&10 tag in the world. Roll through to 2015 and Genia is 27, still in the years of his prime and has been dislodged as the incumbent Nine for Australia. Will he be able to reclaim not just his form, but his Australian jumper ? Genia's quick thinking, strength and decision making made him unmatched. With Aaron Smith the holder of that tag, 2015 will need to see a reformed Will Genia. Michael Cheika needs all his stars shining and in Quade's absence a lot more responsibility is upon Genia.

The former Sharks man had a rather quiet first year in Perth, Australia. He signed a two year deal and is in his final year. With the injury to captain and inspirational number 8 Matt Hodgson 2015 presents him an opportunity which Stander will look to grab. In his final season at the Sharks the back rower who prefers to play 7 or 8 was amongst the highest workers in the side and had a 100% tackle success rate. A big, efficient ball carrier and solid defender Brynard needs to step up to Super Rugby and fulfil that potential he has shown for years. Of the options the Force have to their disposal, the young South African could emulate Jacques Potgieter and be the go to man. The stage is set.

2.03 m and 135 kg. Monster of a man and widely adored. Will is a young lock that is making a name for himself in rugby. With his size very few will be willing to come into his channel whether on defense or attack. The big man was named in the Wallabies squad in 2014 making his debut and scoring a try against France. The giant lock will have a lot to prove to become one of the key assets in a country that is known for flair and not their forward's abilities. This could be Australia's equivalent to the Boks' Bakkies Botha if nurtured well. Remember his French debut? Man handling the french in twos and threes. This season will the New Zealand born lock further enhance his reputation or be a mere disappointment who is built like a tank, operating like an ordinary vehicle. Australia need Will to be among their proven hard men ahead of the 2015 World Cup.

Highly rated Australian youngster. Some have gone as far as claiming he is of the same breed and mould as Stephen Larkham.That is high praise for an unproven youngster. What we know is this inexperienced fly half or full back has the potential but it must also be unearthed. Jack has a booming boot and will definitely cause some troubles when he is on the pitch. He can vary his game with the use of a passing game that brings into play his entire back line. Standing at 1.9m and well over 90kg this is no small being. He also has the ability to attack the gain line and take up the ball because of his size. Having extended his Rebels stay up until 2017, will this be the Melbourne side's answer at flyhalf? A lot to prove and an opportunity to succeed were James O'Connor and at time Kurtley Beale failed.

The Zimbabwean-born flanker has managed to play his first game this year without suffering an injury in it. Over the last few months the Pocock has been ravaged by injuries and surgeries. He has been on the headlines for other issues that are not rugby related. A formal warning for taking part in a protest which sees a court case looming ahead for him, added to the campaign to legalise gay marriages sees the star flanker with a full plate. This season the Brumbies captain must focus on not just his Brumbies career but also gaining his spot in the Wallabies outfit. Once vying head to head with Richie McCaw for the best pilfer in the game. 2015, presents the opportunity to regain his form and be there for Australia. A feisty contest looms with now captain Michael Hooper. David is very competitive and will be up for the fight. If he stays injury-free the depth in the Australian pack does look a lot better. Maybe they do have forwards!