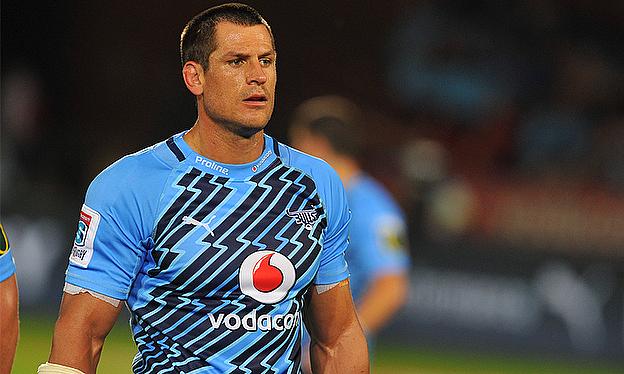 Super Rugby Preview
The Man Behind the Kick

The Blue Bulls have recruited well and it will be interesting to see whether the men from Pretoria can finally relive the glory days and their balance and youth could make this happen.

The Stormers have been perennial under achievers in the Super Rugby as Allister Coetzee receives reprieve every season for the side's Currie Cup showings!

The Lions and the Cheetahs will play the most entertaining rugby from a South African point of view but their depth may be their undoing. The Lions do pose the biggest dark horse factor and will build on an impressive first season back last year.

The Bulls captain has been out of rugby for over 7 months. In the last 18 months the powerhouse has been blighted by injuries. With his Springbok place well and truly gone to arguably the best 8 in World Rugby Duane Vermeulen (Still think Kieran Read edges him slightly). This will be a season for Pierre to perform and grab the headlines once again. Hunger and desire should consume him, having been out for so long. Its been a very long time since the physical imposing Bull has managed to be imposing. Several years in my view. Spies made his debut on the horror tour to Australasia for South Africa in 2006. Touted to redefine the 8 role but has sadly failed to set the rugby world alight. Many believe when one has his back against the wall, then you see who they really are. At this moment Spies is not a considerable option at number 8 for South Africa. Will even write off the man myself. Question is, can he prove South Africa wrong? We still await the excellence that Pierre Spies has promised to deliver. The time is now... To be rediscovered or to be forgotten forever.??

Lodewyk de Jager, Stephan Lewies, Paul Willemse, Eben Etzebeth and Franco Mostert are some of the exceptional lock forwards afforded to South Africa. However none stand out more than Du Toit . Even the monstrous Etzebeth is not as complete as the Sharks mastermind. A line out genius, carries exceptionally well, can tackle quite well (remember his hit on Wynand Olivier) and the fact he played as a flanker and number 8 benefited him. His rookie year was the heralding of a great. Only injury robbed him of more tests in 2014. Du Toit is the future at number 5. What will 2015 bring? This is the perfect stage for the lineout genius to begin his journey towards greatness! As the era of the blood brothers ended with Bakkies Botha's retirement, will Du Toit and Etzebeth join the league of legends; Victor Matfield and Bakkies Botha and  Mark Andrews and Krynauw Otto forged in years gone?

The former Sharks tighthead had a tough time while still in Natal. He was on the sidelines quite often and dealt with a number of injury blows. Also a budding prospect surrounded by Springbok front rowers. His move to the Lions has seen a meteoric rise in his value. His performances have seen him become one of the best tight heads down South (hemisphere) and a well earned call to the Springboks quickly followed. With Jannie Du plessis moving towards the end of his career, will Julien be the anchor of the South African scrum? Second season syndrome will be his making. Will he be figured out or will he continue his rise???

The absence of Jean de Villiers allows Juan more responsibility and some game time. The Cape side will need to partner de Jongh and de Allende. With the Springboks lacking an incumbent 13, the fight is on for the role. The former Maties centre will face challenges from JJ Engelbrecht, Paul Jordaan, Johann Sadie and when it comes to 13 ready. The Western Province captain has all the tools but may suffer from his apparent lack of size and Meyer's preference for moving 12's into the 13 role... Will he change the mind of the Springbok management? If Juan can stay injury free he could be an X-factor for both the Stormers and Springboks. He showed he can play in wet conditions for the Barbarians last year. With South Africa having a void at number 13, is he the answer????

Stormers, Blue Bulls and now Cheetahs. 2011, Auckland, Blues lost to Stormers 28-26. Johann Sadie scores a lovely try and since that moment he desired more than the Stormers could offer. He moved to Loftus and boy did that not work out. He left early and relocated to the Free State. Touted as a future Springbok, Sadie's time has not arrived as yet. With a void at 13 could we finally see the former Stormer impress? He lacks a consistent approach. His awareness for space, strength and speed make him an asset. Meyer is a fan of the centre which bodes him well. He struggles in an environment which requires structure as his Bulls adventure saw him restricted. A key fulcrum in the Cheetahs midfield. A season that could redefine his value to SA rugby. Can he step up? The cheetah will require a lot of quality to get by, but the most important aspect Sadie must display will be his defense. A trait the Cheetahs players are known little about.