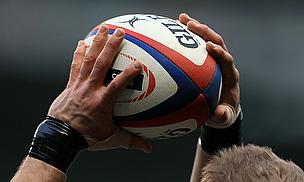 Super Rugby is back and after a whirlwind first week of competition, Superbru and other tipping websites have thrown down the gauntlet to tippers around the world. If you predicted 7 from 7 correctly this weekend, you deserve a medal and you could possibly be a genius.

There was however a certain predictability about how the South African teams played. Probably the most worrisome aspect from a South African point of view is the absolute lack of variety on attack from the Lions, Sharks, and Stormers.

South African teams have constantly lagged a step behind their New Zealand and Australian counterparts on attack and this year it seems to be more of the same. This year the intent and willingness to attack seems to be there, however the skill level does not.

The Lions dominated possession and territory against the Hurricanes on the weekend but were only able to muster a solitary try. The Lions were able to maintain possession through several phases but failed to penetrate due to their lack of creativity on attack. The Lions moved the ball from side to side without forcing the defence to make any decisions, other than to drift across the field.

There was a severe lack of angled running, as well as a lack of attackers attacking space. The Lions gained front-foot ball throughout the match but could not unlock the Hurricane’s defence. In this competition you need to do more than simply be able to shift the ball from side to side. You need to play with variety so as to not be predictable.

The Sharks of the 90s were always perceived at the most creative of the South African teams under Ian Macintosh and faired very well in the early years despite never having won the title.

Most concerning of all is the Sharks’ deterioration of skill in the past 10 years. Despite the Sharks having adopted the ‘play what’s in front of you’ approach, the Sharks lack the skill and know-how to break down defences. The winner of the Super Rugby competition is the team that scores the most tries, whilst playing an exciting and attacking brand of rugby.

Contrary to media reports, the Sharks should focus on scoring tries and playing an attacking brand of rugby. Patrick Lambie similarly to Dimitri Catrakillis simply shifts the ball on, on attack. Despite the belief that Lambie has vast potential, we do not see him creating space for those around him as he stands deep and simply shovels the ball on. It would be wonderful to see Lambie use his potential, find players who are hitting the gain line or using them as decoy runners to create space for the players a channel or two wider.

The Stormers are also a team that had previously played a good brand of rugby, however in recent times this has changed. Under Allister Coetzee and defence mastermind Jacques Nienaber the Stormers were content to defend their way to victories, despite boasting a wealth of exciting talent.

Gio Aplon, and Juan De Jong spent entire fixtures defending and when ball was turned over it was very often kicked away. The Stormers ground out victories by playing territory by kicking and then backing their brilliant defensive set up to hold teams out.

Some of the most exciting players in Super rugby spent their season defending their way to victory. And we all know Gio Aplon’s is not at his most lethal on without the ball. The Stormers have adopted a more attacking approach in the last 10 months and may very well pay dividends in 2015.

The Bulls showed at times what they are capable of and definitely have the game plan to succeed, however they have been battling to maintain their personnel of late. The Bulls can play a wonderful attacking game as shown in 2007, 2009 and 2010.

They used their immense ball carriers to bust holes off Fourie Du Preez and then moved the ball wide  where they had players who had the skill to use the front-foot ball the forwards had created. The Bulls  did and can play a very attractive brand. Avoid the misconception - the Bulls can play a magnificent brand of rugby, when they want to.

The Cheetahs play one of the best rugby brands in the competition. They attack the gain line with players running angles into space. The Cheetahs play wide and narrow, attacking the fringes with Sarel Pretorius and then can play the wide game where Willie Le Roux can either find runners closer or move the ball into wider channels.

The Cheetahs have a certain brand and style that they want to play, the team knows what they want  to do and they have the skills to execute this plan. They are also therefore usually very attractive on the eye, unless you are looking at the scoreboard.

Finally, I expect to see the South African teams develop on attack in 2015 and become better as the competition moves into the latter stages. Attacking play takes time to master so do not expect to see results overnight.

Teams seem to have realised that you need to score tries to win and the intent if not the execution is definitely there. If you did not need tries to win, it would not be Super Rugby then, would it?