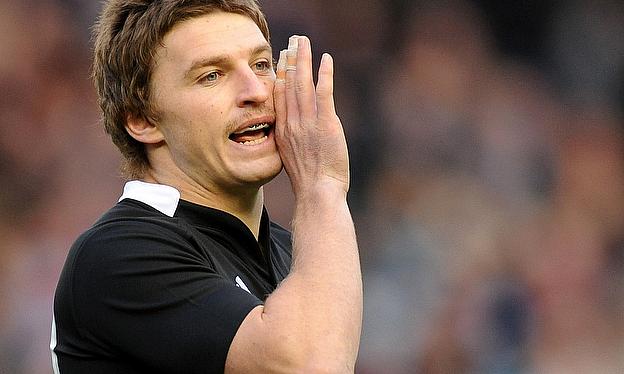 The toughest, most entertaining and arguably most competitive conference. Last season New Zealand had the Super Rugby finalists the Crusaders and two other sides (Chiefs and Highlanders) made the play offs.

Their worst performing side the Blues had the opportunity to qualify for the play offs going into the last game which they lost to the Chiefs. The highlanders and the hurricanes have looked good and will be out to make the play offs this season.

It will be Conrad Smith's swan song and will hope to be a winner when the fat lady sings. Its always a challenge to call this conference with any of the five sides capable of winning it. Scores of senior All Blacks will be moving on post 2015. New stars will born and some of the greats will leave us. We look at the individuals that will be out to make an impact:

The flyhalf is my option to take over from Daniel Carter. He is all round and has all the attributes to be the best in the world one day. He harbours the flaw of being an inconsistent goal kicker. His creativity, defence and leadership has  been lauded. His test record is impressive with 26 wins in 28 tests. A win percentage of 92.86% . This will be another opportunity for the youngster to stake a claim for a spot in the 23. With Aaron Cruden and Daniel Carter injury prone, the hopes of the All Blacks may hinge on the Hurricanes first-five eighth.  The stand-off will look to perfect his kicking game, as 2015 will be the perfect opportunity for player to be the main guy at 10.

Part of the 2005 Blues wider training group, Dan Bowden will make his debut likely in this edition of Super Rugby. The former London Irish and Leicester Tigers player is back on home soil and will look to have a crack at Super Rugby. Bowden has played rugby for over 8 professional sides and must now show his temperament in one of the toughest competitions in the world. He will face off with Simon Hickey who is one of the best goal kickers in the country and Ihaia West; pacey, tricky and unpredictable for the stand off spot. The youngsters will benefit from his experience. Bowden has a decent kicking game , defends well but his passing game is quite exceptional. It will be a surprise if he manages to crack the All Black World Cup squad. Will he be able to get the Blues firing after two below par displays in the last two seasons. Bowden will look to ignite one of the most talented back lines into life.

Rugby League proven champion, Rugby Union World Cup winner, Super Rugby winner and an undefeated boxer. He is hoping to feature at the 2016 Olympics among other plaudits on his CV. The Chiefs man is controversial, talented and always is the focal point in most situations. Loathed by few, adored by many. Sonny Bill Williams has a way of getting things done his way. Remember the Rugby League World Cup fiasco a few years ago? Had his side not lost in the semis in the Rugby League competition last year, New Zealand would have altered the rules for the gifted athlete to tour Europe. To be fair her does get the results, hence the royal treatment. A display in the Rugby Championship after he led Chiefs to Super Rugby glory would have earned him the IRB player of the year gong. Offloads, defends strongly, has vision and has adapted well. The full package. What bag of tricks will SBW gift us this season?

The two are part of the golden class of New Zealand. Some of the greatest man to don the black jersey and the Crusaders strip. While Carter is off to France for a lucrative deal that is amongst the best rugby deals in the world, McCaw may retire and spend more time gliding and flying. This is the last dance. The two have received sabbaticals over the last three years to prolong their careers leading up to England 2015. However their injury woes have been persistent with Dan Carter the most affected. What will 2015 hold for the old duo? When the fat lady sings, will they be crowned Super Rugby champions or will they have ended on a low.

While the star of the show remains Ben Smith, Ross will look to cement a spot in the Super Rugby side. The Tasman prop is an experienced soldier and will look to aid the Highlanders scrum in many ways. He is a formidable figure and at 1.89m and 120kg no small man. His ball carrying abilities and defence have improved since playing in the ITM Cup. He managed just 19 caps while in South Africa over four years and will look to improve on that number in New Zealand. More like restart a career that was negated at the Kings. There is a shortage in props in New Zealand and the Highlanders will benefit from one, who was bred in a country that boasts some exceptional scrummagers.