Rebels open season with a win 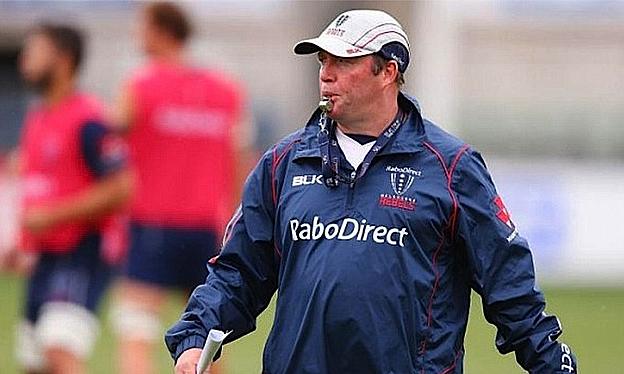 The RaboDirect Rebels have begun their 2015 Asteron Life Super Rugby campaign with a 20-10 victory over the Crusaders in Christchurch, their first win on foreign soil.

Head Coach Tony McGahan named two first-time Rebels in his matchday 23, with Qantas Wallabies’ backs Dom Shipperley and Mike Harris starting, while replacement back Sefanaia Naivalu made history as both the first ever player to progress from the Dewar Shield (Victoria’s Premier Club Rugby competition) into Super Rugby, and also the first Buildcorp National Rugby Championship (NRC) graduate to progress to Super Rugby.

It was an edgy start at AMI Stadium, and the Rebels saw scrumhalf Nic Stirzaker given an early yellow card for aggressiveness in the ruck towards All Blacks Captain Richie McCaw. To their credit, the Rebels soaked up the pressure for the first twenty minutes to trail to a lone Dan Carter penalty goal despite minimal possession.

And when they did gain possession, they were patient and assured as a number of phases resulted in Lopeti Timani getting over for his first Rebels try, new Rebel Mike Harris coolly converting from out wide.

The Crusaders hit back instantly through hooker Ben Funnell, who incidentally scored their only try in Melbourne last season in a narrow win, but when Harris nailed two penalties the Rebels headed into the break leading 13-10.

The second half began with Crusaders’ scrumhalf Mitchell Drummond in the bin, but the Rebels were unable to profit from their numerical advantage. Indeed, no points were added within the first twenty minutes of the half, despite the Rebels spending a large chunk of it camped on the hosts’ tryline, before Sean McMahon was sin-binned just after the hour mark with a nervy finish on the cards.

However quick thinking from Stirzaker saw him intercept a Carter grubber kick and run half the length of the field to touch down for his first Super Rugby try, with Harris converting. And that’s how it stayed, with the Rebels hanging on in the final minutes to record a 20-10 victory.

Head Coach Tony McGahan praised the work of his forward pack, and said that while the team would enjoy the win, it was important to quickly turn the focus to next weekend.

“I thought our forward pack were outstanding, and did a lot of really good work both in the set piece and around the field,” McGahan said. “People might have been surprised that we started Lopeti Timani in the second row, but he was great tonight.

“We came here expecting a really tough challenge but also knowing what we are capable of, and while it’s great to get our first win on foreign soil under the belt it’s important that we focus on next week. We’ll come up against a Waratahs side full of internationals, and that’s another exciting challenge.”

Sharks name Lukhanyo Am as captain for 2020 Super Rugby season