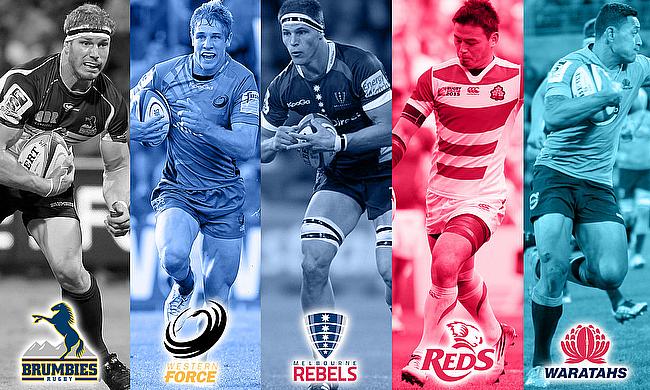 After previewing the Africa 1, Africa 2 and New Zealand divisions of Super Rugby, we finally come to the Australian division.

The Brumbies and Waratahs have been the nation’s flagship sides over the last few seasons and look set to maintain that as we head into the 2016 season. Far more questions abound for the other Australian franchises, however.

Can the Rebels continue their rise? Will the Force continue to regress? And just what it is going on with the Reds?

Aside from the loss of Nic White, who has been suitably replaced by Tomás Cubelli, the Brumbies have escaped from the annual offseason exodus relatively unscathed. Stephen Moore and Matt Toomua are among those leaving at the end of this season, so Stephen Larkham’s side may think that this is their best chance at a trophy for some time.

The pack is well-drilled and the backs are clinical enough to take advantage of any dominance the forwards can impose on opposition sides. They are probably the most balanced side in the Australian conference and though they may not have the individual game-winners that the Waratahs do, they shape up better over the course of a 15-match season.

Prediction: 1st. The Brumbies’ pack gives them the edge over the Waratahs in the Australian conference and whilst the Rebels are a side which is improving with each passing season, the conference should still be a two-horse race for top spot in 2016.

After an impressive 2014 season, the Force regressed significantly in 2015. Perth was no longer the inhospitable destination that other teams struggled to pick up points in and standouts like Kyle Godwin and Nick Cummins looked diminished. With Cummins and Sam Wykes both missing the start of the season because of commitments in Japan, the 2016 season looks like it could be equally rough on the Force.

The Force lack dominant forces in the tight five, while their half-back play has been patchy to say the least over the last 12 months. If they can at least deliver parity at the set-piece and find a serviceable half-back pairing, thus keeping Godwin at his best position - inside centre - then they should start to move forward again.

The addition of Adam Thomson should fast-track the Rebels development on and off the field and it seems telling that he left Brisbane for Melbourne and an opportunity to be part of an improving Rebels side. The loss of Paul Alo-Emile is disappointing however, as despite Australia’s fine performance at the Rugby World Cup, good scrummaging props are still very hard to come by in the country.

Lock Luke Jones was one of the stories of the 2015 season and is the figurehead of an efficient and underrated Rebels pack. If he and the rest of the pack can continue to impress in 2016, the Rebels have enough playmakers in the back line now to punish opposing sides. There will be plenty of pressure on Jack Debreczeni this season to prove he has what it takes to be a legitimate starting Super Rugby fly-half.

Prediction: 3rd. If the ultra-competitive New Zealand conference sees sides taking points off of one another, there’s a good chance a third-place finish in the Australian division could be enough for the Rebels to make it into the playoffs. If the Rebels’ powerful centres can continue punching holes in opposition defences, they should end up comfortably clear of the Reds and Force.

Once heralded as a pairing that would see the Reds dominate Super Rugby, Will Genia and Quade Cooper both left Queensland this offseason, heading for the lucrative pastures of the Top 14. The highly-touted James Tuttle will help the fill the void created by Genia’s departure, while Cooper’s role will be filled by a cadre of young fly-halves, with the standout arguably Duncan Paia’aua at this point.

The oft controversial James O’Connor was released by the Reds, former Wallaby captain James Horwill packed his bags for England, while veteran All Black Adam Thomson opted to continue his Australian adventure in Melbourne rather than Brisbane. The Reds have recruited heavily, however, with Wallaby Kane Douglas coming into the second row and social media favourite Taniela ‘Tongan Thor’ Tupou pushing for inclusion at tighthead.

Prediction: 4th. It’s a similar story for the Reds as it is for the Blues in the New Zealand conference. They are a young side with plenty of potential, but they lack experience in key areas and 2016 is likely to be a learning curve for many of the franchise’s emerging players. The playoffs seem a longshot, but that doesn’t mean that this campaign can’t be a productive one for a team rebuilding after a tough couple of seasons.

More noteworthy than the ins and outs at the Waratahs, this seems to finally be the season when Israel Folau will be given free rein to move up to outside centre and try to have a larger impact on the game than he currently does at full-back. The Australian international has been saying for two seasons now that he wants to move into the midfield and new head coach Daryl Gibson seems to believe he’s ready.

The 10-12-13 axis of Bernard Foley, Kurtley Beale and Folau would be quite the handful for the rest of Super Rugby, especially if the incoming Zac Guildford can recapture some of his form of old on the wing. Up front, the ‘Tahs will need to find effective replacements for Sekope Kepu and Jacques Potgieter, but if they do, they will once again be in the mix for the Super Rugby title come playoff time.

Prediction: 2nd. On paper, the Brumbies look the better all-round team and should be favourites to come out on top of the Australian conference, but the Waratahs certainly have the talent to be in the mix. A second spot in the Australian conference should be enough to secure a playoff spot and once the ‘Tahs are in a one-off game situation, they have the ability to go all the way.