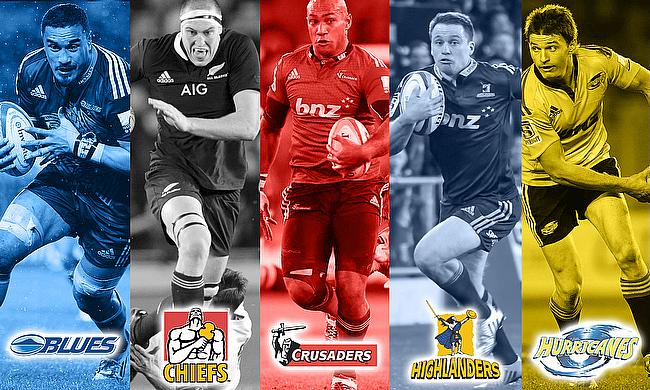 Following on from our look at the two South African conferences last week, we now turn our attentions to Super Rugby’s Australasian conferences, starting with New Zealand.

Three of the tournament’s last four champions have come out of this division and smart money is likely once more to be on one of the sides from New Zealand emerging victorious in 2016.

It’s been a tumultuous offseason for the Blues who have not only seen a number of their key players move abroad or retire, but they’ve also seen changes off the field, with former Counties Manukau and New Zealand U20 supremo Tana Umaga coming in as the franchise’s new head coach. Given the young talent at the Blues, Umaga is a smart choice to help turnaround the franchise’s fortunes, but it’s unlikely to be smooth sailing from day one for the All Blacks legend.

The Ioane brothers, Akira and Rieko, both offer superstar potential, while George Moala and Lolagi Visinia are two backs that came on leaps and bounds last season. Jerome Kaino will be required to take on a big leadership role, while young standouts Patrick Tuipulotu and Steven Luatua will also need to come to the fore, with the latter in particular needing to become a more consistent force.

Prediction: 5th. It will be a year of transition for the Blues, but the silver lining for their fans is that it can’t get much worse than it has been for the last few seasons. Young talent abounds at the franchise, but it’s an inexperienced side with a number of questions at vital positions in the front row and half-backs. Given the competitiveness of the division, it’s difficult to see the Blues finishing anywhere but bottom.

Like the Blues, there’s been a lot of turnover at the Chiefs, but this is nothing new for the perennially competitive side from Waikato. Year after year they seem to lose big name players to lucrative deals in Europe, but have excelled at cherry-picking the best talent from the ITM Cup and keeping themselves relevant at the top of the Super Rugby table. Influential All Blacks Brodie Retallick, Sam Cane and Aaron Cruden all remain, although it does seem as if Sonny Bill Williams will be unavailable for much of, if not the entire season, due to his commitments with the New Zealand Sevens team.

Young centres Seta Tamanivalu and Anthony Lienert-Brown will need to step up, as will back three prospects Damian McKenzie and Chase Tiatia. There should be more consistency in the pack, but the loss of Ben Tameifuna to France is a significant blow. Atunaisa Moli will be the man charged with filling those considerable boots and fortunately for the Chiefs, he’s the best scrummaging prop to come out of New Zealand’s age-grades in a number of years.

Prediction: 3rd. The squad looks a little short on firepower this season and while a number of their ITM Cup pickups will likely impress, there may be a significant gap between them and the top sides. Even finishing third, the Chiefs would still be in with a shot of making the playoffs as one of the best runners-up across the two Australasian conferences.

It’s a new generation in Christchurch. Richie McCaw and Dan Carter have both gone, not to mention fly-halves Colin Slade and Tom Taylor, both of whom were being groomed as successors to Carter. Respected head coach Todd Blackadder has announced that it’s his last season at the helm of the franchise and it feels as if the page is being turned on a new chapter for the Crusaders.

Openside Matt Todd was excellent last season and should help minimise the impact of McCaw’s departure, but whether any of the fly-halves on the team are ready to fill Carter’s shoes is much more debatable. Nemani Nadolo remains an almost uncontainable threat on the wing, while Ryan Crotty continues at inside centre, at least giving the new group of fly-halves a reliable outlet when under pressure.

Prediction: 4th. If history has taught us anything, it’s to underestimate the Crusaders at your own peril. That said, it’s hard to foresee Blackadder enjoying a fitting farewell season, especially with the strides forward that the Hurricanes and Highlanders have made over the last few seasons. Their pack should be as well-drilled as ever, but do they have the experience or direction required in the half-backs?

Back row aside, the title-winning Highlanders have escaped relatively unscathed from the annual exodus of Super Rugby players to Europe. Even the losses of Nasi Manu and John Hardie have been mitigated by the signings of Luke Whitelock and Liam Squire, and the Highlanders look in good shape to mount a serious defence of their title this season.

The squad is still full of experience in the pack and has a host of game-winners in the back line, not least so Aaron Smith, Lima Sopoaga, Malakai Fekitoa and Waisake Naholo. The ever-reliable Ben Smith is still at full-back and there’s every chance that all five of those players will feature in the new-look All Blacks back line this year.

Prediction: 2nd. If the Highlanders finish second in the New Zealand conference, it’s almost a certainty they will make the playoffs as one of the three best runners-up. As they proved last season, they have a squad which is capable of beating anyone in the competition on its day, but it still looks a little thin in certain areas and they might struggle to top the Hurricanes in the race for top spot over the course of an entire season.

It had felt like 2015 was to be the Hurricanes’ year, as they swept most of the teams they played with an exciting, high-octane brand of non-stop rugby, only to then see themselves toppled at the final hurdle by an equally ambitious Highlanders side. The ‘Canes are now the only New Zealand Super Rugby side to have not won the competition, but their chances to end that drought this year look promising.

Veteran figures like Ben Franks, Ma’a Nonu and Conrad Smith have been lost, but with the sensational half-back pairing of TJ Perenara and Beauden Barrett retained, and exciting young depth, they should make a real charge for the title in 2016. The pack is still as mobile and difficult to play against as it was last year, while Julian Savea and Nehe Milner-Skudder are as potent as any two back three players in the competition.

Prediction: 1st. Containing the Hurricanes would be difficult for the most defensive-minded, conservative sides in world rugby, but when they play in a conference with teams willing to play them at their own game, they thrive. First place in the New Zealand conference will secure the Wellington-based franchise home advantage in the playoffs and any team travelling to The Cake Tin will need a fair slice of luck to come away with a win.