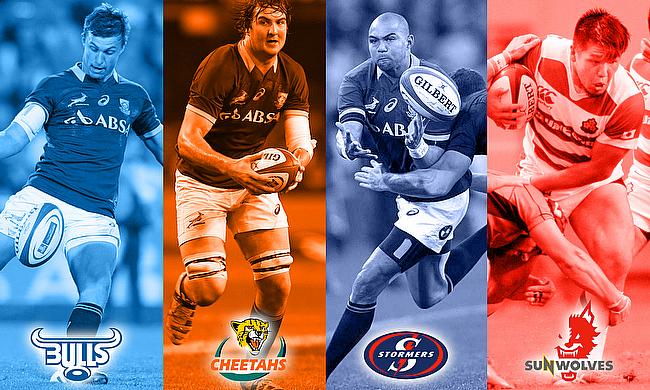 The 2016 Super Rugby season is creeping closer and excitement is building not only for the annual exhibition of expansive rugby, but also the new format.

We start our preparations for the tournament by taking a look at the new Africa 1 conference, which includes the Sunwolves from Japan, and run the rule over the division’s franchises and their prospective chances this season.

The Bulls squad may, on paper, look diminished heading into the 2016 season, but their additions have been smart and they have a plethora of young players ready to take the next step in their rugby development. The likes of RG Snyman, Burger Odendaal and Warrick Gelant are primed for breakout seasons, while half-backs Rudy Paige and Handré Pollard will be out to show they should be the Springboks’ starting pairing.

Loss of experience seems to be the area where the Bulls look to have been hit the hardest since the 2015 season. Matfield, Spies, Mellett and Ndungane may not have been the players they once were, but their influence on and off the pitch will be sorely missed in Pretoria. Former South Africa U20 captain Hanro Liebenberg could immediately step into a leadership role if he can recover from his ruptured small intestine, but the franchise will have to lean heavily on Adriaan Strauss and Deon Stegmann regardless.

Determining Jesse Kriel’s best position will also be key, not only for new coach Nollis Marais, but also for the new Springbok coach. Kriel looks a potent attacking threat at outside centre and it’s his natural position, but with Visser leaving the Bulls, the temptation to keep Kriel at full-back will be difficult for Marais to ignore.

Prediction: 2nd. Providing the Bulls can retain their young talent, they are a team on the rise. The loss of experience could hinder them this season, but the future looks bright for the franchise. They are in the easier conference African conference and could qualify as the third team for the playoffs.

Last season was tough for the Cheetahs but 2016 could be even worse. Long-time standouts Brüssow, le Roux and Co Oosthuizen have all moved on, as well as a host of first team regulars from last season. Their replacements have been limited and few of whom have extensive Super Rugby experience.

Coach Naka Drotské has also left the franchise and new coach Franco Smith has quite the task on his hands. New back line signings Zeilinga and Small-Smith offer plenty of potential, as does winger Sergeal Petersen, but it’s an inexperienced group and one that could find themselves frequently on the back foot. This won’t be helped by the fact that inspirational flanker Brüssow won’t be returning to the Cheetahs after his stint in Japan, as he had in the two previous Super Rugby seasons.

Hooker Torsten van Jaarsveld’s emergence last season was one of the stories of the campaign and the Cheetahs will likely rely heavily on him once more. Oupa Mahojé and Lood de Jager will also need to have stellar seasons to keep the Cheetahs competitive.

Prediction: 3rd. The Cheetahs are only kept off of the bottom spot in the Africa 1 conference by the newly-created Sunwolves franchise. Unlike the Bulls, the future looks grim for the Cheetahs who simply cannot retain their star players year after year.

As with many of the South African franchises, there has been as post-RWC exodus of experienced test players and the loss of Vermeulen will hit the Stormers particularly hard. The strong scrummaging of Kitshoff will also be missed, while the injury de Villiers suffered last season will at least have helped them prepare for his departure.

The signing of du Toit creates a formidable second row pairing with Eben Etzebeth, while the likes of Siya Kolisi and Nizaam Carr will need to step up and help fill the void created by Vermeulen’s departure to Toulon. In the back line, the signing of Hendricks gives the Stormers another proven finisher in the back three and will help lessen the impact of Seabelo Senatla preparing for the Olympics with the South African Sevens team.

Both Etzebeth and Damian de Allende will miss the start of the season due to commitments in Japan, so new coach Robbie Fleck will need to keep the Stormers in the mix until their return and then look to push on and take control of the conference.

Prediction: 1st (in Africa 1). With the Sunwolves and Cheetahs in Africa 1, the Stormers and Bulls are almost certainly in a two-horse race for the conference title. Both teams should make the playoffs, but if the Stormers can keep up their form from last season, they should have enough about them to pip the Bulls to top spot.

It’s been a difficult birth for the Sunwolves who, instead of riding high on the swell of Japan’s sensational Rugby World Cup, have struggled to attract the country’s best players away from the lucrative Top League. Fumiaki Tanaka and Michael Leitch have opted to remain with their New Zealand franchises, Ayumu Goromaru and Male Sa’u are headed to the Reds and Blues respectively, while standout back rower Amanaki Mafi is England-bound to join Bath.

Former Hurricanes and Cardiff Blues coach Mark Hammett will preside over a side boasting Shota Horie, Keita Inagaki and Harumichi Tatekawa, but the rest of Japan’s standouts at the RWC will be playing elsewhere this year. Foreign signings Ed Quirk, Tusi Pisi and Liaki Moli should help the Sunwolves but the fact is that they look quite a way from competitive at this point.

Prediction: 4th (in Africa 1). Turning Tokyo and Singapore into difficult places to go will be key for the Sunwolves and they will target their home game against the Cheetahs in Africa 1. They will also play the Kings this coming season and that represents another game that could go in their favour if Hammett can get things to click quickly.