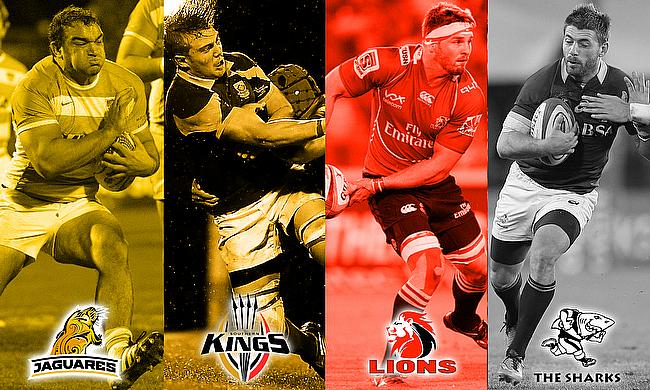 Following hot on the heels of our preview of the Africa 1 conference, we now turn our attentions to the Africa 2 division.

The conference features the Jaguares, Argentina’s sole representative in Super Rugby, as well as the Kings, Lions and Sharks. Can the star-studded Argentine side win the conference in its debut season? We take a look.

On paper, the Jaguares may be the most talented team across the two Africa conferences. With the exception of a few veteran players who have opted to stay in the Aviva Premiership or Top 14, the Jaguares are more or less the Argentinean national team. That national side made it all the way to 3rd/4th playoff game at the Rugby World Cup, despite being one of the youngest teams at the competition.

Those players will now be playing together week in, week out for the Jaguares, something which should prove beneficial for Argentina moving forwards. Agustín Creevy, Nicolás Sánchez and Juan Martín Hernández will provide plenty of leadership for the Jaguares to build around, while they have talented young players at almost every position.

Facundo Isa, Guido Petti and Santiago Cordero are probably the pick of the young players at the Jaguares and given they have the full backing of the Argentinean Rugby Union, retaining them seems feasible, particularly until they can achieve their long-term ambition of having a second franchise.

Prediction: 3rd (in Africa 2). The Jaguares are, man for man, probably the most talented side in Africa 2. That said, there will inevitably be a feeling out process for the new side, not to mention having to deal with playing half of their games on different continents. Their debut season in Super Rugby could be a learning experience, but they have the ability beat anyone in the competition on their day.

It’s been one disaster after another for the Kings since it was announced they would return to Super Rugby, and it ultimately led to the South African Rugby Union having to wade in with financial assistance to prevent them from going bankrupt. Much of the damage was already done, however, with a number of their key players departing for other South African franchises or Europe in search of financial security.

The 2016 Kings squad is largely made up of EP Kings players, but with a number of the Currie Cup side’s players having moved to different Super Rugby franchises, the outlook is bleak for the Kings.

There is potential in the back row with the likes of CJ Velleman and Aidon Davis, but for all of the grim news surrounding the Kings of late, the acquisition of number eight Junior Pokomela is a real coup for the franchise. A graduate of the prestigious Grey High School, Pokomela is one of the most exciting talents in South African rugby. At just 19 years of age, the Kings won’t want to overexpose Pokomela, but he is as good as any player for them to build around moving forward.

Prediction: 4th (in Africa 2). It’s difficult to see where the Kings will pick up victories this year. They will target their single games against the Cheetahs and Sunwolves (in Africa 1), whilst trying to turn the Nelson Mandela Bay Stadium into a difficult place for teams to travel to will be key.

The Lions were excellent last season under Johan Ackermann, playing an ambitious brand of rugby, without overextending themselves. Their ability to retain most of their key players heading into the 2016 season should be key for them maintaining and continuing to build on their momentum from 2015.

Back rowers Jaco Kriel and Warren Whiteley were excellent last season, as was centre Lionel Mapoe, and all three can consider themselves unlucky to have missed out on the Rugby World Cup last year. If the Lions are to continue prospering this season, their performances will be vital to the Johannesburg-based franchise.

Between Ross Cronjé and Faf de Klerk, and Marnitz Boshoff and Elton Jantjies, the Lions have arguably the best one-two punches at scrum-half and fly-half respectively in the two Africa conferences. If young tight five forwards Malcolm Marx and JP du Preez can reach their potential, they will play big roles in keeping the Lions’ improvement snowballing.

Prediction: 2nd (in Africa 2). The Africa 2 conference will be a challenge this season. The Jaguares have an extremely talented side, while the Sharks will struggle to be as ineffective again as they were last season. The Lions have a legitimate shot at winning the conference, but we see them coming up just short. They could still make the playoffs, though.

There has been a lot of turnover at the Sharks heading into this season, most notably with veteran Springboks Alberts, Steyn and the du Plessis brothers all moving to France. The exodus of these experienced players could help head coach Gary Gold usher in his new era, with increased opportunities for a number of exciting young players in Durban.

The acquisitions of Oosthuizen and le Roux from the Cheetahs should be particularly praised. The injury-forced move to tighthead has diminished Oosthuizen’s ability somewhat but he is still an upgrade on the departing Stevens, while le Roux should be able to regain some of his form in a team which will more often be on the front foot than he enjoyed in the Free State.

Increased opportunities for Thomas du Toit, Innocent Radebe, Stefan Ungerer and Dan du Preez will help the Sharks fast-track their rebuild after losing so many influential players. One loss which will not help their rebuild is that of P-S du Toit to the Stormers. The lock-cum-blindside flanker is one of the most impressive young players in world rugby and if he can stay injury-free, he will be a sizeable asset to the side from Cape Town.

Prediction: 1st (in Africa 2). The Sharks were extremely disappointing last season, but with another year of experience under the belts of their young players and increased time to take on board Gold’s ideas, the Sharks should be more formidable this season. The loss of a number of their veteran players will either expedite the rebuild or create a leadership vacuum this season, so there’s certainly a chance they could slip to 3rd behind the Lions and Jaguares.