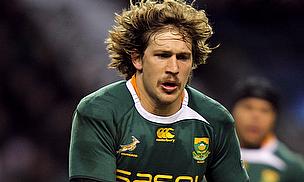 There are only six teams left in Super 15 Rugby 2014 and of those teams, only four teams are playing this weekend. Ironically, despite having the most teams in the Top Six, there won’t be a game in New Zealand this weekend, meaning a late night and early morning for New Zealand fans.

The Brumbies host the defending champions Chiefs side in a replay of the Super Rugby 2013 final, while the Sharks will host the surprise package Highlanders outfit. It is really no surprise that the Crusaders, Brumbies, Chiefs, Sharks and Waratahs are in the finals, but the Highlanders really upset predictions, although they have a tough match against the Sharks.

The fact that there are three New Zealand teams in the finals is an indication that the New Zealand conference was the strongest and in some ways this explains why the Chiefs and the Highlanders are the bottom two qualifiers, because they were part of a tough pool. The Waratahs, Brumbies and Sharks also deserve to be in the playoffs, but it is especially unusual that besides the Sharks, no other teams from South Africa really got very close to joining them in the finals.

For many fans, it will be the former Australian winger, David Campese, that sticks his neck out with predictions on twitter. We rely on the skill of Scott Donaldson. When we exchanged views earlier this is what he told us:

The Brumbies host the Chiefs in a repeat of last year’s final, but thanks to their big win over the Force in Super Rugby Round 19, the Brumbies get the important home advantage.  This will probably be the closer of the two matches this weekend. The Chiefs have been hanging tough after winning their last two games to make the finals.

The Brumbies convincingly beat the Chiefs when they played earlier this season, but the Chiefs were missing the crucial Aaron Cruden that fateful night in Canberra. Can one man make that much of a difference?

Both teams are relatively settled for this game with most of their big names back following the June International break. The Brumbies have their third string hooker playing, while the Chiefs have gone for Dwayne Sweeney at fullback this time.

Brumbies: Fans should look to Henry Speight, Ben Mowen, Jesse Mogg, Robbie Coleman, Scott Fardy and goal kicking Christian Lealiifano, while Matt Toomua is an inside back who won’t be goal kicking, but he has scored plenty of tries recently, so could be worth watching.

Chiefs: Aaron Cruden, Liam Messam, Tim Nanai-Williams and Brodie Retallick are the more consistent points scorers. For the Chiefs watch for the like of Dwayne Sweeney, Liam Squire and James Lowe.

The Sharks get a chance for revenge when they play the Highlanders in Durban. The Highlanders stunned the Sharks in Super Rugby Round 11 with a 34-18 victory against the odds. The Sharks only lost two games at home all season, and that was one of them!

The Sharks under the wise Jake White will be hard to beat at home and will be fired up after their home loss to the Highlanders. Jake White decided to rest and rotate his players in recent weeks and despite it potentially costing them a valuable win over the Cheetahs, it allowed them to give the Stormers a hiding last week. They will also get Patrick Lambie via the bench and some of their other stars could play next week if they are still alive in the competition.

It is hard to get a gauge on the Highlanders given that they won their last home game against the Chiefs, but got slaughtered away against the Waratahs and Crusaders, but these were tough games.  It is hard to know if they have lost their best form or were simply against two teams at the top of their game.

There have been some huge margins recently in Super Rugby 2014 and if the Sharks forwards can dominate this gutsy Highlanders team then this may continue. If the hosts can stop the likes of Aaron Smith, Lima Sopoaga, Malakai Fekitoa, Patrick Osborne and Ben Smith getting many opportunities.

The Sharks defence was awesome against the Stormers and they could bully the Highlanders off the park. It will be interesting to see which tactics both teams bring to this game.

The Sharks have a few players for fans to watch, Franc Steyn, Willem Alberts, Bismarck du Plessis and the young lock Stephan Lewies. The Highlanders can be flaky at set pieces.

Highlanders: The Highlanders have some undervalued players, but given Scott thinks they will probably lose, fans need to keep their eyes on Joe Wheeler, Nasi Manu, Lima Sopoaga, Ben Smith, Patrick Osborne and Malakai Fekitoa.

As ever Scott is first with his rugby union insight and we hope whether live or on TV you enjoy it.