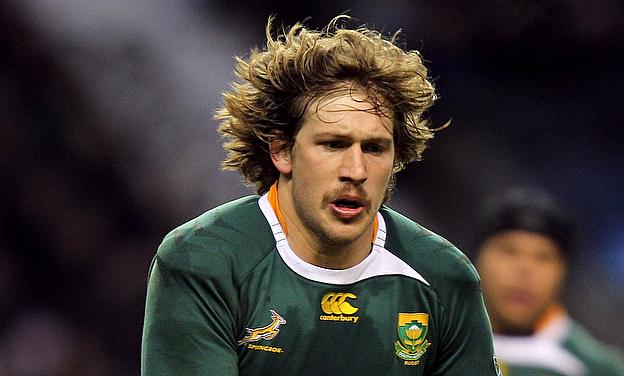 In the final round of Super Rugby action there was a number of surprising and high-scoring victories in all corners of the southern hemisphere as the teams took their final positions ahead of the play-offs.

In South Africa the Sharks completed their regular season campaign with a 34-10 victory over rivals the Stormers, but still missed out on claiming a second-place finish in the standings.

The Sharks had already secured a play-off berth but needed to beat the Stormers by 35 points at Newlands as well as score four tries for a bonus point to replace the Crusaders in the top two.

They managed to get the win comfortably enough in the end and scored three tries through Paul Jordaan, S'bura Sithole and Stefan Ungerer, but never really looked like getting enough points to threaten the Crusaders' spot.

It always seemed unlikely that the Sharks would get the deluge of points they needed as opponents the Stormers, despite being out of play-off contention, have finished the season in style and were looking for a fifth successive victory.

They were also aiming to do the double over the Sharks and after 20 minutes in Cape Town were on course to do that with Nizaam Carr's converted try giving them a 7-3 lead.

However, the Sharks hit back and Jordaan's try just before the break following a successful kick and chase - combined with 14 points from the boot of South Africa fly-half Francois Steyn - saw the visitors leading 19-10 at the break.

The 2012 Super Rugby runners-up then outscored their hosts 15-0 in the second period, although they had to wait until the final five minutes to add to their try tally.

Sithole charged through to touch down in the 75th minute and then four minutes later Stefan Ungerer added his name to scoresheet after the Sharks had turned over possession.

The Sharks' third-placed finish means they will be back in action next weekend when they play the Highlanders for a place in the semi-finals.

The Lions signed off their first season back in Super Rugby with a storming 60-25 victory over the Cheetahs.

The Lions scored eight tries in total at Ellis Park as they finished 12th in the Super XV and fourth in the South African conference, moving above their opponents. Elton Jantjies added 20 points with the boot.

Cornal Hendricks crossed twice for the Cheetahs but his efforts were in vain as his side were outclassed.

After penalties for rival fly-halves Johan Goosen and Jantjies, the Cheetahs scored the first try through full-back Willie le Roux.

But another Jantjies penalty cut the deficit before the Lions went ahead for the first time when Mapoe crossed after good work by Stokkies Hanekom and Jantjies.

Philip van der Walt was the first of three Cheetahs players to be shown yellow cards but they soon levelled the scores with a Goosen penalty.

But the closing stages of Van der Walt's 10-minute absence saw the Lions score two tries, through Ross Cronje and Mapoe, to lead 27-13 at half-time.

Jantjies was yellow-carded just before the interval and Hendricks scored with him off the field, but the same fate befell the Cheetahs once more with Coenie Oosthuizen sin-binned and Robbie Coetzee touching down.

Warren Whiteley and Andries Coetzee extended the lead and though Hendricks pulled a try back, Mapoe and Corne Fourie wrapped up victory.

The Waratahs made it a club record seven Super Rugby wins in a row with a 34-3 success over the Reds in Brisbane.

The bonus-point success came courtesy of two tries from Kurtley Beale, who also set up another for full-back Jono Lance.

Scrum half Nick Phipps scored the Waratahs' bonus-point try in the 73rd minute, but they had already secured top spot and home semi-final.

Beale stepped up in the absence of Australia full-back Israel Folau, setting up Lance to opener the scoring in the 12th minute and then touching down himself three minutes later.

Both tries were converted by Bernard Foley, who also kicked a first-half penalty.

The Reds cause was not helped by a success of injury blows as Ben Lucas and Ben Tapuai were forced off early on and Mike Harris' first-half penalty was their only score in the match.

Beale extended the visitors lead 15 minutes into the second half, starting off a move with a kick from his own half and, after a slick team move, adding the finishing touch himself under the posts.

Foley converted and did so again after Phipps raced for the corner to score try number four.

He also added another penalty to take his points haul to 14.

The Crusaders all-but sealed second spot in the Super Rugby standings on Saturday with a convincing 34-8 bonus-point victory over rivals the Highlanders.

Matt Todd grabbed two of their four tries, while Dan Carter booted 14 points to ensure the Christchurch side will also finish atop the New Zealand Conference.

The Crusaders had won four of their last five Super Rugby meetings with the Highlanders and they made another promising start here when Carter claimed their first points with a fourth-minute penalty.

The New Zealand fly-half slotted another kick after 16 minutes, but Hayden Parker was successful with a penalty of his own moments later to get the Highlanders off the mark.

However, the hosts began to pick up the pace around the half-hour mark and two more penalties for Carter gave them a 12-3 advantage and the chance to take a stranglehold on the match.

And it was a chance they did not pass up with Todd driving over shortly before the half-time siren for the game's first try, although Carter was unable to add the extras.

With the 17-3 scoreline in their favour, the Crusaders turned up the heat even more after the interval and Todd found himself crossing the line again four minutes into the second half with Carter also successful with the conversion.

And the Highlanders defence succumbed again within minutes when captain Kieran Read played in Nemani Nadolo for the winger to dart over and hand the hosts a healthy 29-3 cushion.

Despite seeing the game running away from them, the Highlanders continued to probe their opponents and eventually broke through what had so far been a solid back-line when a quick tap penalty five metres out set up Richard Buckman to dot down in the corner.

Lima Sopoaga saw his conversion attempt miss by inches, however, and the Crusaders compounded a miserable evening with a fourth and final try from Corey Flynn 10 minutes from time to complete a resounding win.

The Bulls ended the Super Rugby season with the consolation of an unbeaten home record to soften the blow of not making the play-offs.

They beat the Rebels 40-7 on Friday night as two of the season's also-rans played for pride.

A four-tries-to-one tally got the job done for them, with the hapless Rebels ending the season bottom with just four wins from 16 matches - a drop of one victory from 2013.

They were in control on the night and were comprehensively outplayed, with Handre Pollard slotting two first-quarter penalties to get the home side going.

Jack Debreczeni responded with his first Super Rugby try and the same man's conversion but the Rebels in front at 7-6.

Pollard hit back with a 29th-minute penalty and then tagged another, before his side scored their first try of the night.

It came with Scott Fuglistaller in the sin bin and saw Paul Willemse dot down two minutes after the restart.

Pollard continued to find his range with the conversion and the pair then teamed up again, with Willemse scoring his second and Pollard upgrading.

Francois Hougaard added a third try out wide, with the conversion no bother to Pollard, who was then given a breather and saw Jacques-Louis Potgieter do the business after Dean Greyling scored a bonus-point fourth.

The Brumbies made sure of their place in the Super Rugby play-offs with a 47-25 thrashing of Western Force in Canberra.

Matt Toomua grabbed a hat-trick for the home side, who outscored their opponents seven tries to three and could have passed the 50-point mark had Christian Lealiifano been more accurate with the boot.

Defeat ended Western Force's own hopes of a top-six finish, however, with some poor defending costing them dearly at the GIO Stadium.

The Brumbies were on the board after just six minutes when Toomua dived in at the corner for the first try of the match.

Lealiifano was wide with the conversion, while Jayden Hayward wasted a chance to get the Force's first points soon after when he was also wayward with a penalty.

Lealiifano had greater success with a kick of his own after 14 minutes as the Brumbies moved 8-0 ahead, only for Hayward to reduce the arrears with two quick-fire penalties as Western Force finally got off the mark.

However, the Brumbies simply cranked up the pressure and after Lealiifano had landed another kick, Toomua grabbed his second try in the 26th minute having evaded Nick Cummins before dotting down.

Lealiifano failed to add the extras but the Brumbies crossed again eight minutes later, with Clyde Rathbone playing in Jesse Mogg out wide for the try. The conversion was again off target but the hosts nevertheless held a healthy 21-6 lead at half-time.

There was no respite for the Force after the interval and they found themselves even further behind three minutes into the half when Henry Speight finished a fine move by crashing over in the corner for the bonus-point try, which was converted by Lealiifano.

This time the visitors were able to respond and a patient drive forward allowed Pek Cowan to cross for their first try, converted by Hayward, while the loss of Jarrad Butler to the sin bin simply added to the Brumbies' frustration.

Any hopes the Force had of clawing back the points were extinguished within a minute though, as the 14-man hosts set up Toomua to race away down the wing for his hat-trick. Lealiifano slotted the conversion to give them a 35-13 lead.

The visitors refused to go down without a fight and Chris Tuatara-Morrison crossed for their second try after 62 minutes, but a defensive error then allowed Joe Tomane to race for the line and score, with Lealiifano's conversion giving the Brumbies their highest score of the season so far.

Zack Holmes notched a third try for the Force eight minutes from time, converted by Sias Ebersohn, but fittingly it was the Brumbies who had the final say when Tom McVerry crossed in the final minutes to wrap up a resounding win.