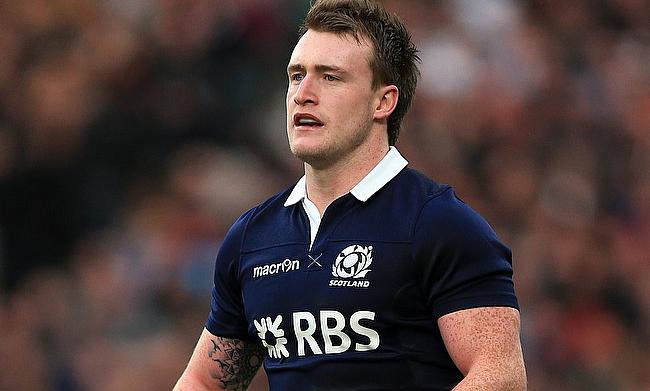 Hogg, who holds the record for most tries scored for Scotland was appointed the captain of the Dark Blues in 2020 and had a promising start to the recently concluded Six Nations tournament with a win over England in the opening round but suffered defeats against Ireland, Wales and France in the next four rounds and had to settle for a fourth place finish.

Scotland's preparations ahead of the final round game was also marred by a breach of team protocol where Hogg and Finn Russell were amongst the six players to attend a bar following the win over Italy.

Following the tournament, Scotland head coach Gregor Townsend refused to guarantee Hogg will be retained as captain and now Chalmers has joined the criticism on the 29-year-old.

"I think he's going to find it very hard to hold on to the captaincy," he said, he told to The Nine programme on BBC Scotland.

"I don't think he should have been given it in the first place. Full-back's not a great place to captain from because you've got to be in amongst it, round about the referee, asking questions, finding stuff out. I think he will relinquish it."

"We've just got to see who takes over," he said.

"What leaders are there? Are there enough leaders in that team? Hamish Watson maybe. Jamie Ritchie, for me, is the guy that's going to be there long term but will he be fit for the tour to Argentina in the summer?