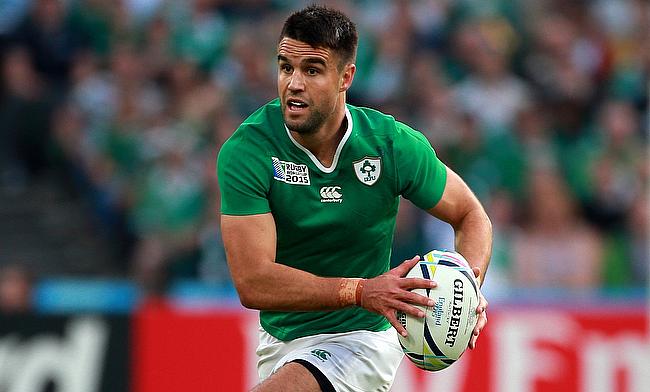 Conor Murray was one of the try-scorer for Ireland
©PA

Ireland managed to clinch the Triple Crown for the first time in four years but missed out on the Six Nations title as they defeated Scotland 26-5 in the final round at Aviva Stadium on Saturday.

After the opening 15 minutes went without a point, Dan Sheehan dived over at the back of a rolling maul and Johnny Sexton kicked the conversion to make it 7-0. They soon got their second try as Cian Healy found the line from close range as Ireland earn their reward for their persistence at the line and once again the Irish skipper was spot with the extras making it 14-0.

The 35th minute saw Pierre Schoeman dived from close range but Blair Kinghorn, who was named in the starting line up over Finn Russell kicked the conversion wide as the teams went into the break with a 14-5 scoreline.

Scotland had a chance to narrow down the gap early in the second half when Stuart Hogg burst clear on the wing and opted to go for the line himself but Hugo Keenan provided a desperate tackle to prevent a certain score.

Nevertheless, Ireland got their third try after Jamison Gibson-Park sent an inside ball for Josh van der Flier to dot down and Sexton was once again was spot on with the conversion extending their lead to 21-5.

Finn Russell came off the bench in the 66th minute and 11 minutes later, the Dark Blues were reduced to 14 players as Ben White was sin-binned for a deliberate knock on helping Ireland claim their bonus point as they found a gap for Conor Murray to dart down as Andy Farrell's men completed a 26-5 win.