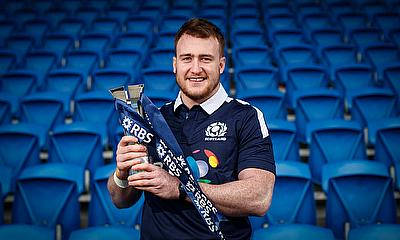 Scotland international Stuart Hogg has been named as the RBS Six Nations 2017 Player of the Championship for the second successive season.

The 24-year-old becomes the second player in the history of the tournament to have won the award for the second consecutive time after former Ireland captain Brian O'Driscoll, who won in the 2006 and 2007 editions.

Hogg, who has made 53 appearances for Scotland till now was pleased to win the award for the second consecutive time.

"To receive this award again is an absolute honour, particularly when you take other players on the shortlist into account," said Hogg.

"I'm delighted to be awarded the RBS Player of the Championship Trophy and would like to take this opportunity to thank everyone who voted and the fans for their continued support throughout the Championship.”

Earlier, former South Africa and Italy coach Nick Mallett along with assistance from the official technology partner of the tournament Accenture played a part in shortlisting 12 candidates for the award.