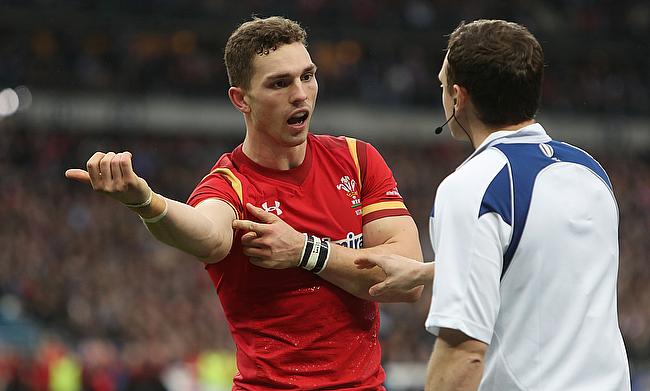 Wales' George North, left, complained about an alleged bite during the game against France
©PA

Six Nations organisers have revealed that they did not find any proper evidence in the allegations made by Wales on the biting incident involving Northampton Saints wing George North.

The controversial game between Wales and France which had 20 minutes of additional time in it saw referee Wayne Barnes not taking any on-field action on the incident after the video evidences proved inconclusive.

Citing commissioner John Montgomery had time until Monday to decide on the course of action following the allegations made by Wales.

However, Six Nations released a statement confirming that the allegations were dismissed due to lack of evidence.

"The independent citing commissioner present at the France v Wales match on 18 March 2017 has carefully reviewed all relevant evidence regarding all relevant incidents, including the allegation that Wales winger, George North, was bitten in the latter stages of the match.

"Based on the information available to him in the case of the alleged bite (including footage of the incident from several angles), the citing commissioner has not been able to conclude that any particular individual carried out an act of foul play, and accordingly he has not made a citing complaint ahead of the ordinary deadline for doing so, ie within 48 hours after the conclusion of the match.

"While the relevant rules provide that in certain circumstances, for example where the citing commissioner is uncertain as to the identity of the player(s) concerned, he is permitted to make a citing complaint after the 48-hour deadline, Six Nations Rugby anticipates that this will be the end of the matter in terms of the alleged bite."

Guy Noves' men emerged victorious in the encounter following a try from Damien Chouly in the 99th minute of the game that was backed up by a conversion from Camille Lopez.