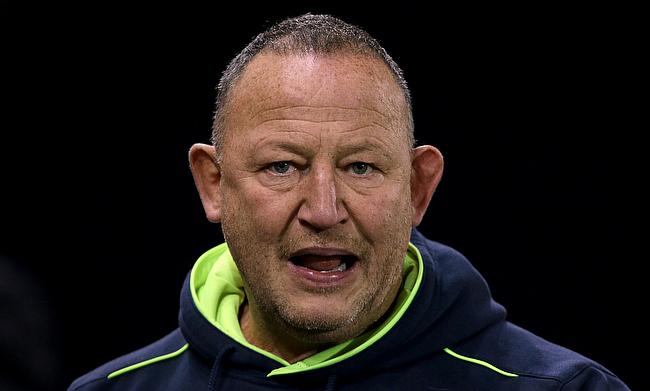 Worcester Warriors have announced the departure of head coach Jonathan Thomas as Steve Diamond takes control for the remainder of the season.

Thomas joined Worcester as forwards coach ahead of the 2020/21 season and was promoted as head coach in January last year. The 39-year-old previously worked after working four years with Bristol Bears as defence and forwards coach and had played for Ospreys and Worcester Warriors in a career spanned between 2001 and 2015. He also featured in 67 Tests for Wales between 2003 and 2011.

“Jonathan has given his all to the club. We appreciate everything he’s done in his time at Warriors both as a player and a coach and we wish him all the very best in his future ventures,” said Warriors co-owners Colin Goldring and Jason Whittingham.

Meanwhile, Diamond joined the club as a Lead Rugby Consultant in November and will continue in his role as Thomas' replacement for the remainder of the season before he is promoted to the director of rugby role at the end of season with Alan Solomons set to retire in June.

“Having taken the time to work with Steve in his role as a Lead Rugby Consultant it was the logical decision to offer him the role as Director of Rugby for the next two seasons,” said Goldring and Whittingham.

“Steve is an experienced and proven Director of Rugby with the qualities needed to take the club to the next level and achieve our ambitions of competing at the top end of the Premiership.

“We have invested a great deal into ensuring we have all the right ingredients for the club to reach its full potential.

“We have unwavering confidence in the strength of the players and the ability of the club to achieve that goal. We will continue to do everything we can to achieve it."

Diamond has played over 350 games for Sale Sharks and was the director of rugby of the club in 2011. Under him the club went on to win the Premiership Rugby Cup in 2019/20 and also had qualified for the Heineken Champions Cup five times.

“We have a really exciting challenge in front of us and it’s one that I am relishing,” Diamond said.

“We have enthusiastic owners who have ambitions for the club to be established in the top six of the Gallagher Premiership and playing in the Heineken Champions Cup.

“Clearly we are not where we would like to be at the moment as a club. To achieve our ambitions, our results need to improve and changes need to be made. A key part of my role will be the recruitment of players and staff.

“Worcester is a hotbed of rugby with a fantastic core group of supporters. We want to grow that supporter base and give the city, county and region a successful and sustainable Premiership club that everyone can be proud of.”

Worcester are positioned 12th in the Gallagher Premiership table with three wins from 12 matches.