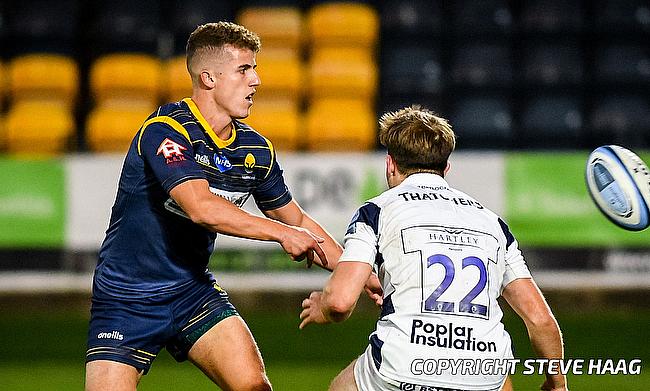 Worcester Warriors registered their first win in the ongoing European Challenge Cup as they defeated Zebre 36-26 in the fourth round at Stadio Sergio Lanfranchi on Saturday.

The Warriors now have nine points from four games as they are at second place in Pool A while Zebre finish at bottom after losing all their three matches.

Warriors captain Niall Annett started the proceedings with an early third minute try that came at the back of a line out drive and Billy Searle kicked the conversion to make it 0-7. The visitors extended their lead further as Annett completed his second inside the opening quarter after Justin Clegg's chip breached the defence of the Italian side.

The first response from Zebre came in the 31st minute with South African Erich Cronje powered his way over the line and Tim O'Malley landed the conversion before Searle's converted try in the 33rd minute gave Worcester control extending their lead to 7-19.

With the break approaching, Zebre narrowed down the gap with wing Giovanni D’Onofrio nipped in for a converted try as the teams finished the opening half with a 14-19 scoreline.

The visitors were the quickest to get off the block in the second half as Howe rounded off a sustained attack with a try in the corner and Searle landed the conversion and in the 57th minute Ted Hill powered his way over with a dive from close range making it 14-33.

Jacopo Trulla and Enrico Lucchin grabbed two more tries in the last 15 minutes for Zebre, who finished the afternoon with an injury worry over winger Mattia Bellini, who was stretchered off following a heavy tackle as Worcester went on to register a 12-point victory to keep their hopes alive.