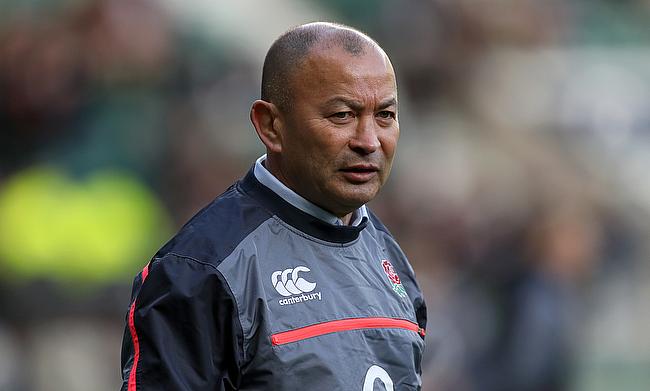 Eddie Jones, pictured, thinks Steve Borthwick will work out how to beat New Zealand on the Lions tour
©PA

England coach Eddie Jones believes his backroom staff Steve Borthwick will find ways to beat All Blacks during his stint with the British and Irish Lions tour of New Zealand next year.

The England forwards coach Borthwick will be on his first tour of British and Irish Lions joining forces with head coach Warren Gatland and assistant coaches Andy Farrell and Rob Howley as they are set to play 10 matches in a gruelling tour in June which also includes three Tests against All Blacks.

England under Jones had a phenomenal 2016 where they went undefeated with victories over Australia, South Africa, Argentina and Wales but they did not get a chance to take on the All Blacks.

Jones had already insisted that for England to reach the number one position in the World Rugby rankings, they need to beat the back-to-back World Champions New Zealand and has expressed confidence on Borthwick on finding ways to do it.

"It's a great learning experience for him and he gets the opportunity of learning how to beat the Kiwis, which is important," Jones told Sky Sports HQ.

"He's a very analytical coach, a very serious coach and he knows more about line-outs than anyone else in the world.

Even though Borthwick did not have any experience of working with a Lions squad before, he has been a part of Jones' coaching panel between 2012 and 2015 with Japan and also had a short stint with Bristol before he joined the England team.

Recently, New Zealand were defeated by a rampaging Ireland team during the autumn internationals which was also the first win for them against the All Blacks in 111 years.

Jones believes for a team to beat the All Blacks, they need to be good in all facets of the game and is confident of England team achieving it.

"New Zealand are very good at the unstructured part of the game when the game is in a disorganised state," the 56-year-old said. "That's an area we have improved immeasurably in but to beat New Zealand we will have to be as good as them in that area.

"When they get a ball in an unstructured situation the ability of our defence to reorganise itself quickly and kill the threat or to slow them down is going to be really important.

"We talk about it all the time. And the great thing is the players are now starting to talk about it. And if you say things enough times you believe it."