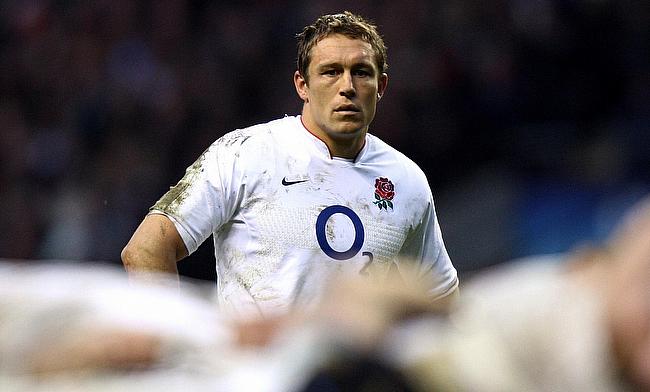 Eddie Jones insists England have failed to produce a world class player since Jonny Wilkinson, but believes a number of his Grand Slam winners are close to ending that barren spell.

Jones is preparing his team for a test of "manhood" against Argentina at Twickenham on Saturday in the penultimate international of an autumn that could conclude with a record-equalling 14th successive Test victory.

World player of the year nominees Owen Farrell and Billy Vunipola and fly-half George Ford - each of whom start against the Pumas - are three England stars pushing hard for inclusion in a global XV.

"If you look at the record of English rugby since 2003, there's only been one world class player produced and that's Jonny Wilkinson," Jones said.

"But some of our guys are moving towards that world-class area. I don't think you get a stamp on your head to say you're world-class now and you've got that for life.

"We've got guys now who are starting to perform 8/10 every game and when you do that then you become world-class.

"Now we have a number of players who want to be part of a great team and want to be great players.

"They're growing in assertiveness and in their desire to be better, which I think is fantastic.

Argentina play their final match of the season at Twickenham and despite finishing bottom of this year's Rugby Championship, Jones believes they will still offer a mighty test of English resolve.

"The first thing about playing against Argentina is that it's a test of your manhood," Jones said.

"They are physical guys. When you go to Argentina, you have a big steak, don't you?

"It's all about being physical. That's our first test. We've got no issue with that, we know that's coming."

Jones believes Argentina's Rugby Championship position fails to reflect their true quality, in the process aiming a barb at England's December 3 opponents Australia who finished runners-up in the competition.

"They were probably the second best team in the Rugby Championship," Jones said.

"We are playing a very good side that we know if they scent any sense of complacency in us, they'll be all over us like a rash.

"They've played some fantastic rugby and any team that stretches the All Blacks for 50 minutes is a really good team. They did that in the summer with some wonderful rugby.

"In terms of results, they dropped off towards the end of the Championship and they probably had some fatigue.

"But fatigue tends to go out the window when you know you're going back to a six-week holiday because this is their last game of the year.

"I can't see fatigue being a problem for them. They out All-Blacked the All Blacks and to do that you have to be pretty good."