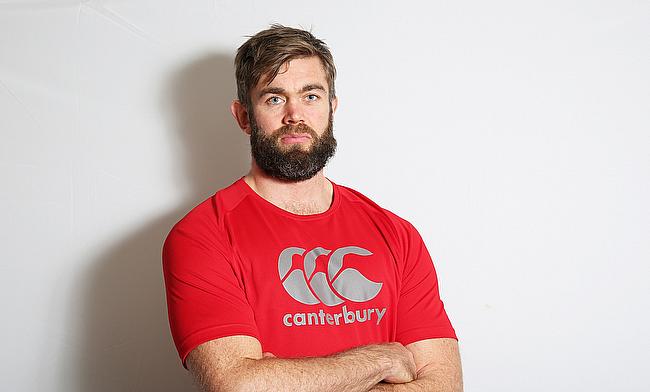 Exeter Chiefs lock Geoff Parling has stated that he is remaining ‘realistic’ about his chances of playing for England after falling down the pecking order following the disappointing World Cup campaign.

Parling has not represented his country since their 60-3 victory over Uruguay in October 2015 and 13 months on, a lot has changed at Twickenham.

Head Coach Stuart Lancaster was replaced by Eddie Jones and now the Red Rose take on Australia on Saturday where a victory will match the record 14-game winning streak set by Sir Clive Woodward’s team in 2003.

“You’ll never ever give up on playing for England, but you have got to be realistic as well,” Parling told TRU.

“You have to appreciate the quality in the squad. They are unbeaten at the moment and we hope they can get a good win at the weekend. When you are a bit older and the other young lads are doing well, you have to be truthful with yourself.”

Parling, who has 32 caps for England, stated earlier this year that he would never give up on his country, but knew some top talent was coming through the ranks.

The likes of Maro Itjoe, George Kruis, Charlie Ewels and even Joe Launchbury are just some of the talent which Parling is alluding to and they are all playing their part in England’s current success.

“The youngsters and the quality is there for all to see in this competitive squad and I am not really thinking about England at the moment,” added Parling.

“People do get chances through injuries like we have seen during the Autumn Internationals, but overall, the squad and the team is in a real good place at the minute.

“The aim for England now is to keep that consistency in results and then it has to be looking at that World Cup in 2019. That is the main aim, but along the way, you want to be picking up as many trophies as you can.

“Eddie Jones and the side will want to win the competition they are involved in and not look too far ahead so after this, they will be thinking about the Six Nations and then they’ll keep going from there.”

He may say England isn’t on his mind, but Parling’s performances for Exeter since his move from Leicester Tigers in January 2015 certainly suggest he still has plenty to offer at the top level.

Parling was part of the Chiefs side that reached the Premiership final last season and also made it through to the last eight of the Champions Cup, but he still feels that was a disappointing year.

“It wasn’t a successful year in my opinion because we lost in the final of the Premiership and the quarter-final of the Champions Cup when we were 30 points up with 10 minutes to go,” he added.

“We had some big moments and big games that you look back on with a lot of pride in how we played, but we didn’t quite finish it off which was frustrating.”

The former British and Irish Lion says it wasn’t a surprise that Exeter achieved what they did last year, but is hoping that they can build on that this season.

He said: “I was not surprised really. People think last season came out of nowhere! We finished fifth the season before last and we only missed out on the top four on point’s difference.

“It’s not like the club suddenly leapt up half a league table. They were really close and last year we were even closer so it isn’t a surprise at all.

“The aim is to get in the top four and win the league this season. It has to be. We have played a lot better in the last couple of games and we beat a tough Sale team at their place last time out and we are right back in the mix of where we want to be. Now, we just have to push on from here.”

Parling was speaking to TRU at a Canterbury training event in London.