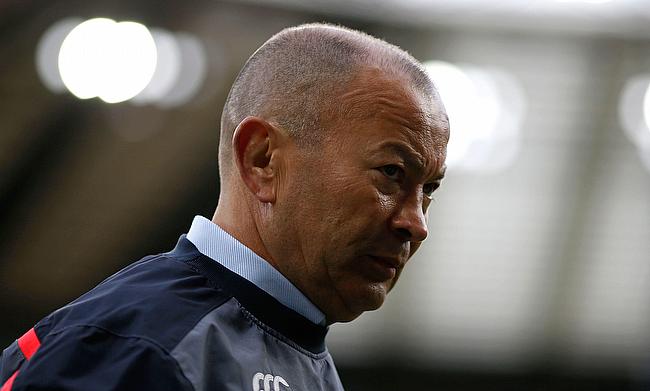 England coach Eddie Jones believes the run of success, the team enjoyed this year can make them vulnerable when they take on Australia at Twickenham on Saturday.

England are currently on a 13-match unbeaten streak and a win on Saturday will help them level the national record set by Sir Clive Woodward's 2003 World Cup winning team. After clinching the Grand Slam for the first time in 13 years during the Six Nations 2016 tournament, England also whitewashed Wallabies 3-0 for the first time in Australia.

Their autumn internationals began with victories over South Africa, Fiji and Argentina and they will aim to go undefeated in 2016 by capping off a win against Wallabies on Saturday.

Despite, having the momentum on their side, Jones believes England will have to guard against their complacency to continue their success going forward.

"It makes us more vulnerable and them more hungry. Whenever you get beaten your attention is more and you want it more," he said.

"When you have had some wins your appetite is pretty full and it's a test of the mindset on Saturday. That's why I'm excited.

"For me the rugby is always important, but to be the best in the world you have to be like Muhammad Ali. Go for those road runs every morning at 5am when no one notices.

"You have to have the relentless desire and pursuit of excellence. This is a great test for us because you're always sitting next to complacency or looking ahead too much.

"That's a constant battle. We're at our most vulnerable now. I was talking to the players about it in training.

"When you win how many games we've won in a row that's when you're at your most vulnerable. The only way you get over the top of that is to have the correct mindset.

"At training this week we've been a bit iffy at stages. That's not such a bad thing because it helps to keep complacency from the door."

The 56-year-old also challenged the team to win their fourth consecutive match of the season which he believes will be a rehearsal for the 2019 World Cup in Japan.

"To me it's more about a World Cup dress rehearsal. You've got to win four games at a World Cup to get through to the next stage," he said.

"As we've seen with Japan you can't afford just to win three. We want to get into the practice of winning four games in a row.

"The higher the quality of the opposition, the more challenging it is. This is a great opportunity to have that dress rehearsal for the World Cup.

"Ultimately, regardless of the result on Saturday, our aim is to win the World Cup in 2019."

The former Wallabies coach also revealed that his desire to achieve more is driven by his wife.

"My wife. Every time I go home she says, 'You'd better win this week', so it's simple," Jones said.

He added: "I remember when I got sacked as the Wallabies coach. I came home absolutely distraught because it was my dream job. She said, 'Right, where are we going next?'.

"You find most players who come from a good home with parents, wife or family that's level-headed find it easier to keep their feet on the ground.

"When you haven't got that around and you have people around you who want to take advantage of some success and want you to do that extra commercial activity or change your hairstyle because it will look good on Saturday, then it's harder.

"Those are the players who you have to continually work on to make sure they keep their feet on the ground. We can do that with psychology, selection... there's a number of ways."