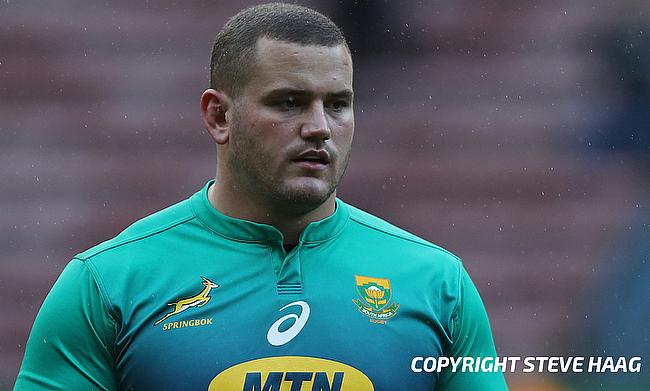 Harlequins have confirmed the signing of South Africa international Wilco Louw ahead of the 2020/21 season.

The 25-year-old will head to Twickenham Stoop at the conclusion of the 2020 Super Rugby season where he represents the Stormers.

Louw made his professional rugby debut with Stormers in 2015 and also represented Western Province in Currie Cup. He also had a brief stint with Toulon in 2019 and was part of the South Africa Under 20 team during the 2014 IRB Junior World Championship apart from featuring for South Africa Sevens side.

“I’m really stoked to be heading to England to play for Quins. If you ask any South African player, they all know Harlequins, its reputation is huge," he told the official website of the club.

“It’s a big opportunity for me; Harlequins play an exciting brand of rugby with awesome coaches.

“Gussy has told me to bring my own flavour to Harlequins and I’m really keen to get involved.

"When I spoke to him in Cape Town, he was really passionate about the future, the guy is full of energy and I don’t think I’ve ever seen someone who talks about rugby and a club with that amount of passion and excitement.”

Louw made his South Africa debut in October 2017 against New Zealand in Cape Town and has featured in 13 Tests with his last appearance coming during August last year.

“We are delighted with the capture of Wilco for the 2020/21 season," Harlequins head of rugby Paul Gustard.

"To be successful in the Gallagher Premiership, the importance of a consistently dominant set piece is imperative and you require quality in depth in each of the tight five positions, which is crucial in maintaining competitiveness throughout the season.

"Wilco has already earned 13 caps for South Africa and is renowned for being a destructive scrummager, highlighted in an impressive 2018 campaign where he earned a league-leading 36 penalties at the scrum in Super Rugby".