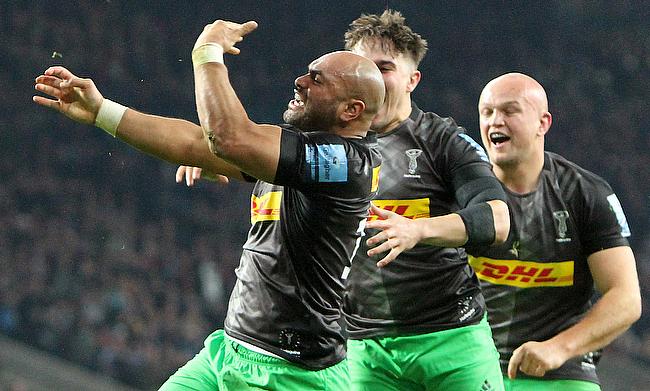 Having played for National Football League Chicago Bears between 2015 and 2017, the 29-year-old switched to rugby union joining Major League Rugby side Utah Warriors in 2018 before switching to Harlequins ahead of the 2018/19 season and has featured in 10 Premiership games since then.

“I’m delighted to re-commit to Quins. I’ve loved the last two seasons here wearing the Quarters and running out at The Stoop," he told the official website of the club.

"The boys and the supporters are some of the best I’ve ever seen, and I’m thrilled to know my family and I will remain at Harlequins.

“There is a real feeling that the Club are building something under Gussy, and I’m excited to continue playing my part in that plan.

"With players as young and as talented as Marcus Smith, Gabriel Ibitoye and Alex Dombrandt, among many, running out each week, I know big things are coming.”

Harlequins director of rugby Paul Gustard expressed delight in the 29-year-old committing his future with the club.

“We are delighted that ‘big Pauli’ has agreed to extend his time with us. Paul was the first player I signed at the Club back in June 2018 on injury dispensation after being hugely impressed by some stand out performances for the US Eagles, most notably against Scotland.

"He had a frustrating season last year where he had some injuries, a couple of concussions which, allied to his international commitments, meant he never had any continuity.

“He was a relative newcomer back to rugby following a stint in the NFL and I think we are seeing huge growth in his performances this season. His all-round game is improving weekly and his dedication and commitment to get better is constant".

Harlequins are positioned sixth in the Gallagher Premiership table with four wins from nine games and will take on London Irish next in the 10th round at Twickenham Stoop on 15th February.