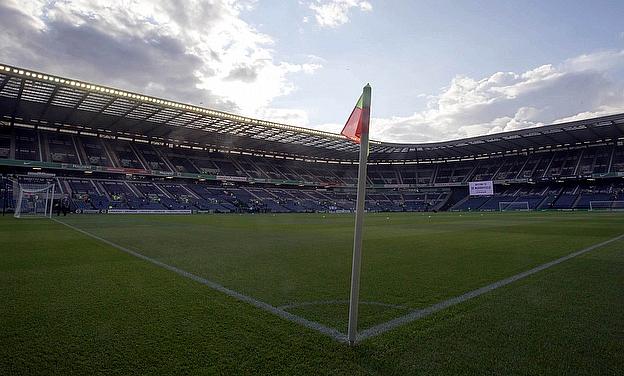 The Scottish Rugby Union say it is ready to open the doors of BT Murrayfield to its footballing counterparts if it decides to quit Hampden.

The Scottish Football Association's lease on the National Stadium in Glasgow ends in 2020 and chief executive Stewart Regan confirmed last summer he is "exploring all options".

Hampden bosses could yet press ahead with a costly revamp of the stadium - or decide to take the Dark Blues on the road.

Now Mark Dodson, Regan's opposite number at the SRU, has offered the use of the 67,000-seater home of Scottish rugby.

Murrayfield staged Celtic's Champions League qualifiers with KR Reykjavik and Legia Warsaw this season after Parkhead was ruled out during the Commonwealth Games, while Hearts have also hosted big European nights there.

Dodson is keen to slash the SRU's £11million debt and believes allowing the SFA to play football at Murrayfield could present another handy stream of income.

He told Press Association Sport: "We hosted Glasgow Celtic when they couldn't use their own ground during the Commonwealth Games, so we're open to the idea of football being played here.

"We haven't had any official conversations with the SFA but clearly if there is a desire from them to come and play at Murrayfield then we would happily listen to whatever proposal they put forward.

"I do think the issue in Scotland is that we have got too many big stadiums and not enough small ones.

"So it is difficult to make all of the bigger ones financially viable.

"If you have any kind of stadium - indoor or outdoor - it is the number of dark nights that are the problem and you need to use it as much as you possibly can.

"Something like Murrayfield is such an expensive building to maintain so to have it empty is not what you want. So we're always thinking of ways to improve the Murrayfield estate so it becomes a better and more viable financial option for us."