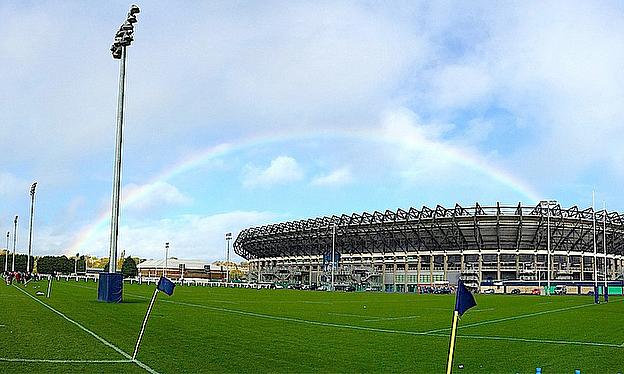 Scotland's Tommy Seymour is looking forward to running out on the new £1.25million Murrayfield pitch
©PA

Scotland wing Tommy Seymour insists the £1.25million spent on the new BT Murrayfield pitch will be repaid in Test victories. 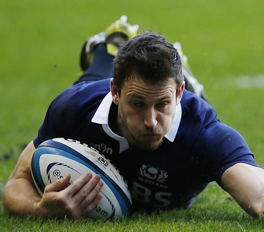 The Dark Blues found themselves bogged down at their Edinburgh home during this year's RBS Six Nations as a parasitic worm infestation turned the playing field into a muddy mess.

But the Scottish Rugby Union acted swiftly during the summer as they splashed out on the new Desso Grassmaster pitch - similar to that used by Liverpool, Manchester City, Manchester United and Arsenal, as well as at Twickenham and the Aviva Stadium.

Scottish football champions Celtic were the first side to make use of the hybrid surface when they played two Champions League qualifiers at the home of Scottish rugby.

Now Seymour and the rest of the Scotland side will get their turn when they host Argentina in Saturday's opening autumn international.

And the Glasgow back believes the massive cost will prove to have been money well spent when Vern Cotter's side start winning on it.

"You would be stupid to say the new pitch doesn't improve our chances," he said. "It's a great surface. It looks fantastic. The first time I was on it was Friday and it was awesome to run on.

"The grass length is perfect and it looks like a really quick pitch. It is solid underfoot, which at times last season it wasn't.

"For guys in the back three, the centres and the number 10s it is good news. They can throw the ball out wide and wing it a bit more because they know the guys outside have a solid footing underneath them.

"If you have got a surface which is really good for attacking rugby and you have the ability to spread the ball around, then it does increase your chances of winning."

But Seymour is not convinced the new surface will weigh too much on Cotter's mind as the New Zealander prepares for his first home match since becoming Scotland's new head coach.

He said: "Vern has come in and has a lot of ideas about how he wants to play and areas to focus on. I don't think he has come in with those ideas based on the fact we have a new pitch.

"He is looking to develop a brand of rugby that is his style regardless of what the pitch is like.

"But I think it helps. Having a good pitch makes it easier to transmit what you are learning on the training pitch into match-day performances."

Scotland will be led out against the Pumas by Greig Laidlaw after the Gloucester scrum-half was named as replacement skipper in the absence of injured Grant Gilchrist.

The Edinburgh lock was Cotter's surprise choice to replace Kelly Brown, who was left out altogether.

But Seymour admitted that he had not given the Saracens back-rower a second thought as he focuses purely on the build-up to next year's World Cup.

"You are in a lot of danger if you start focusing on the people who aren't here," said Seymour.

"Being honest, it's a very short space of time we are together, just three or four weeks, and there is a lot of effort and detail put in to making sure we all know our roles.

"But if you start focusing on boys who are not here then you are not really doing your job because your focus has shifted.

"Obviously Kelly will be disappointed but I don't know too much about it.

"I haven't spoken to him but he was a great leader and I'm sure he is not out of [Cotter's thinking]. But it's not really my role to say where he is at the moment.

"I just have to focus on the guys that are here and they are all doing well. The leaders in the squad are taking ownership of the boys and we are enjoying working with them."