Scotland's Scott Lawson to retire at end of season 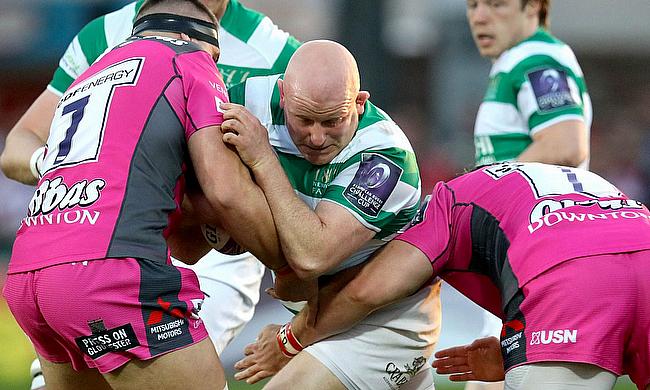 Scott Lawson has been playing for Newcastle Falcons since 2013
©PA

Scotland international Scott Lawson has confirmed that he will quit professional rugby at the end of the ongoing season.

Lawson's professional rugby debut came with Glasgow Warriors in 2002 and after featuring close to 100 games for the Scotstoun outfit, he moved to Sale Sharks in 2007.

"I’ve played professional rugby for a long, long time, and I don’t want to play for too long. Now feels like the right time, I’ve been giving it a lot of thought and I’ve been given an outstanding opportunity at the University of St Andrews.

"With the season we’ve had it feels like now is the moment to call it a day, and I’d like to thank Dean Richards and the Falcons as a club for being so understanding throughout the whole process. This also means my role as head coach of Tynedale RFC will come to an end, and I’d like to put on record my thanks to everybody at Tynedale who has made my time there so enjoyable and rewarding."

Lawson's debut for Scotland came in 2005 against Romania and has gone on to play 47 Tests including this year's Six Nations tournament.

“Having come here with my family and with my youngest daughter being born here, I’ll always have a big connection with the region. We’ve made so many friends here, I’ve been part of an incredible journey with the Falcons and the vision that Dean sold me five years ago has come to fruition. He spoke to me in detail about where he saw the club going, he has been as good as his word and I feel privileged to have been part of the rise.

“It’s culminating for me in a Premiership semi-final and hopefully a final, and the club is in great hands. When I arrived we’d only just been promoted from the Championship, we’ve shown great progress and from a personal point of view I’ve also managed to extend my Scotland career during my time in Newcastle. I feel proud of my contribution to a club which has always been very good to me, the environment here has pushed me on to new heights even at the age of 36 and I’ll take nothing but fond memories from my time here.

“Getting to 100 appearances for Newcastle earlier this season was a special moment, as was running out with my children, Fran, Orla, Quinlan and Ada for my last home game against Wasps. My wife Ella has been a huge support throughout my whole career, and it’s great with my new job that I’ll be able to work in rugby but still have more of a chance to spend time with my family. As a professional sportsman you do sacrifice a lot of that family time, but I’m still able to stay in the sport now and maintain a bit more of a balance.”

Newcastle Falcons are set to face defending champions Exeter Chiefs in the play-off of the Aviva Premiership on 19th May at Sandy Park.