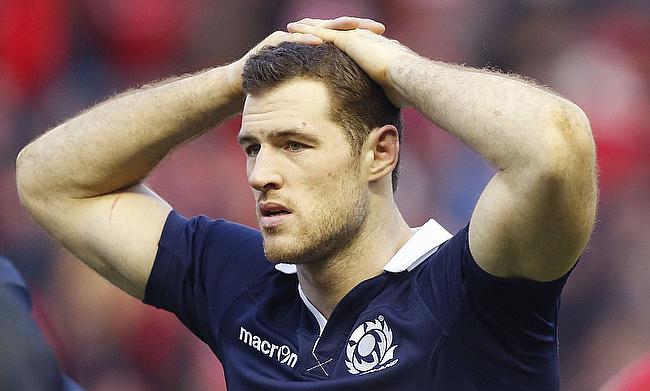 Visser opted not to play for the country of his birth Netherlands and qualified to play for Scotland on residency grounds in 2012. His debut for the Dark Blues came in June 2012 and has gone on to play 33 Tests with his last appearing coming in June 2017. He also made a solitary appearance for Barbarians in 2011.

His professional rugby debut though came in 2007 for Newcastle Falcons and switched to Edinburgh in 2009 and finished 2011/12 season as Pro 12 league's top try-scorer. In March 2015, he made his English Premiership debut for Harlequins and has featured in 44 games in the top tier since then for the club.

“Playing for Scotland has been the biggest honour of my life. I feel it has been even more special by not being my country of birth but where I had grown to call home," said Visser, who wants to focus now on club rugby.

“Being asked to play for a top nation in world rugby and being accepted by my teammates as one of their own has been incredible.

“I can still remember my home debut against the All Blacks at Murrayfield as if it were yesterday and the emotions that it brought me. However International rugby brings many challenges and, with a young family, the time away from home has been hard.

“I also feel that Scotland is in a fantastic place with some great young talent coming through and now is my time to free up the space for them to develop.

“I want to thank everyone associated with Scottish rugby and of course my family and my wife Laura for supporting me through it all.

“Six incredible years with Edinburgh has led me down to Harlequins and I feel now is the time to say goodbye to international rugby and concentrate on my club career.”

“I’d like to pay tribute to Tim who made and excellent impact on Scotland and did very well at an international level for his adopted country.

“Obviously it’s disappointing that we won’t be able to call on his services for the next couple of seasons, but we have a number of players that are competing hard and have come through in that position over the past 12 months who now have an opportunity now that Tim is no longer available to Scotland.

“We wish him all the best with his club career.”