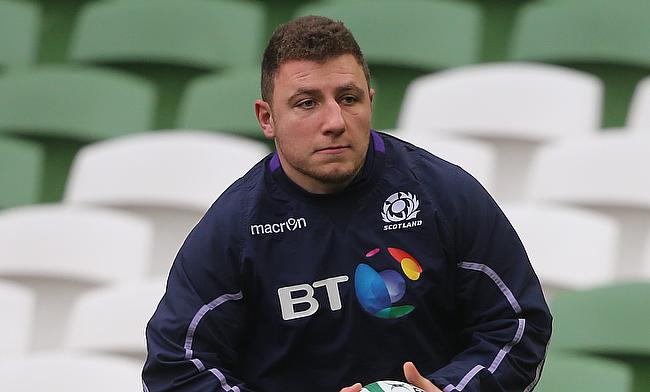 Worcester Warriors have confirmed that Scotland international Duncan Weir will join the Aviva Premiership club ahead of the 2018/19 season.

Weir, who made his professional rugby debut in 2010 for Glasgow Warriors has been associated with Edinburgh since 2016 and now will reunite with Worcester director of rugby Alan Solomons.

Solomons was keen on signing the fly-half on a short-term loan in February but he was recalled by Edinburgh. With the Pro 14 club deciding to let the 26-year-old go at the end of the ongoing season, Worcester saw an opportunity to capitalise on it.

“We are delighted that Duncan has signed for the club as he is a top-class player who possesses experience at the highest level in the game," said Solomons.

“He will provide us with another outstanding option at fly-half as we continue to build an exciting squad ahead of the 2018-19 season and we look forward to welcoming him to the club.”

Weir has played 27 Tests for Scotland since making his debut in February 2012 with his last appearance for the Dark Blues coming in the clash against Italy in last year's Six Nations Championship.

"I am extremely excited to be moving to Sixways this summer to be part of a very talented squad," said Weir, who is the 10th signing of Worcester Warriors ahead of the next season.

"Warriors have shown this season that they can beat any team on their day and I am looking forward to working hard to help the club have a successful 2018-19 campaign."

Worcester Warriors are currently positioned 11th in the Aviva Premiership table with six wins from 19 matches.