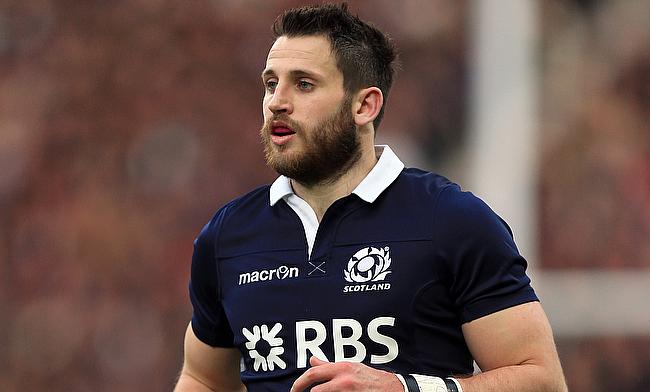 Scotland winger Tommy Seymour has announced his decision to retire from international rugby with immediate effect.

The 31-year-old made his Scotland debut in June 2013 against South Africa at Nelspruit and has gone on to play 55 Tests for the Dark Blues and was recently part of the World Cup campaign in Japan. Seymour also has scored 20 tries and had an impressive 2015 World Cup where he crossed over in four consecutive games.

The Glasgow wing was called up to the British and Irish Lions squad for the 2017 tour of New Zealand and managed to feature in four tour games where he scored three tries.

“Playing for Scotland has been the greatest honour,” posted Seymour on his social media account. “The pride from wearing the thistle on my chest is one of the most powerful feelings I’ve experienced.

“It was in every way a dream come true and an amazing journey to share with friends, family and the Scotland supporters.

“I have been fortunate enough to play with some of the greatest players this country has ever produced and even more fortunate that in some I have found friends for life.

“To my loving wife Katy, who held the fort through my many days and months away from home, thank you for being my rock through all the ups and downs that come with playing international sport.”

Scotland head coach Gregor Townsend lavished praise on Seymour and wished him good luck on his future with Glasgow Warriors.

“Tommy can reflect on an excellent international career. He has one of the best try-scoring rates for Scotland. To earn 55 caps in a six-year period is testament to not only his all-round rugby ability but also his consistency in the blue jersey.

“His game was very well suited to the demands of Test rugby, as he had a high work-rate, world-class aerial skills and a very good awareness of when to get on to ball.

“When he got the opportunity to play regularly, first at Glasgow then with Scotland, he went from strength to strength, adding elements to his game each season.

“He’s been fantastic to work with and always gave everything for Scotland. We wish him well for the rest of his playing career with Glasgow.”