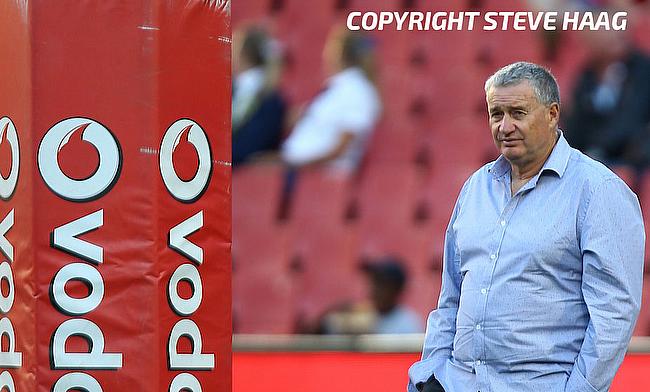 Northampton Saints have confirmed that Scotland international Rory Hutchinson has penned a new deal with the Gallagher Premiership club.

Hutchinson started his professional rugby career with Shelford RFC in 2012 and moved to Northampton Saints in 2014. Since then he has made 46 appearances for the Franklin's Gardens outfit scoring 13 tries in it. He was also named the breakthrough player of the club in the 2018/19 season.

“I feel like I have been living out my dream over the last six months or so, playing for Northampton Saints and making my international debut for Scotland,” he told the official website of the club.

“Franklin’s Gardens is a fantastic place to play rugby; I trust in Chris Boyd and what he and all the coaches here are doing at the Club, so I’ve no doubt that this is the best place for me to develop even further and win more silverware in the coming years.

“Ever since I first pulled on the Black, Green and Gold jersey, I was desperate to win trophies with Saints and that ambition definitely still burns brightly.

“There are some seriously gifted players around me in Northampton, and I’m really confident together we can achieve a lot over the coming years.”

The 23-year-old also helped Northampton Wanderers win back to back Premiership Rugby A League titles and also had loan stints with Moseley, Coventry and Rotherham Titans. His international debut for Scotland came against France during the World Cup warm-up games and has featured in three Tests until now in which he scored two tries.

"Hutch is a high-skill player who has made a significant step up in his performances over the last 12 months," said Saints' director of rugby Chris Boyd.

"He has seen that pay off with awards and a call-up to play for Scotland this summer, all of which was richly deserved, but crucially he has not taken his foot off the accelerator and has picked up where he left off so far this season.

"I've no doubt Rory will be an important player for us over the coming seasons, and our supporters love watching him play, so we're thrilled to see him sign on again."

Northampton Saints are at the second place in the Gallagher Premiership table with three wins from four games and will face Leicester Tigers in the fifth round at Franklin's Gardens on Saturday.