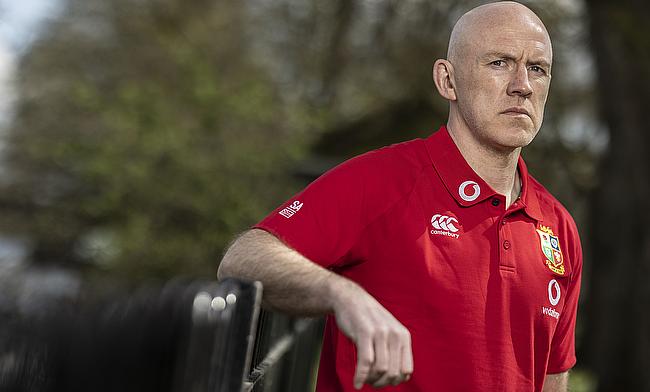 Steve Tandy's impact on Scotland's defence has been noticeable
©INPHO

Since Scotland were bundled out of the Rugby World Cup 2019 pool stages, there have been a number of plus points for Gregor Townsend’s ever-improving side - and top of the positives list must be the work that Steve Tandy has done with the defence.

When he joined up with the Scots in early 2020 ahead of the Six Nations to replace Matt Taylor, the announcement very much went under the radar.

And you get the feeling that is just how the measured Welshman likes it.

Tandy is not one for grabbing the headlines or the limelight, but such has been his quiet effectiveness in turning Scotland’s defensive structures around over the last 16 months or so that British & Irish Lions head coach Warren Gatland could not ignore him after Ireland’s Andy Farrell turned down the chance to be defence coach on a third tour.

With Tandy leading defence and Gregor Townsend handling the attack this summer, it has led many north of the border to believe there will be more Scottish players selected for a Lions tour than ever before following their impressive Six Nations campaign.

And Tandy certainly feels some Scotland players have done a lot in recent months to make them hard for Gatland to leave out.

“I won’t put a number on it [how many Scots are in the mix], I think from the Scottish boys’ performances they have put their hands up themselves,” Tandy told TRU.

“To take on the World Champions in their own backyard is a massive test and one I am really looking forward to being part of."

“When you win big games away from home [Scotland did just that against England and France], it naturally puts their hands up and their names into the selection mix.

“Selection is going to be so tough because you have quality right across the four nations and the depth of talent - even guys outside the Six Nations pool - is excellent.

“But the Scottish boys have definitely put their hands up for selection. We will take the best fit to take on South Africa.

So, what positions does Tandy, 41, look for to lead defensively on the field?

“You want a cross-section. You need a couple of backs, a couple of back-rowers and your hookers to give their thoughts and lead, but it is more about the people and where their strengths lie,” the former Ospreys head coach and Waratahs defence coach explains.

“You get a good feel where people’s mindsets lie and what they love doing and I’ll lean on Gats to see which players best fit our game plan to defensively lead things on this tour.

“I think you can’t rule anyone out from selection and I have to keep watching as much rugby as I can and see what form guys are in.

“There is so much to take into consideration like history, past experiences, current form - it will be really difficult to come to the final squad, but Gats and Jenks [kicking coach Neil Jenkins] have been on tours before and they will lead on that.”

Gregor Townsend on nailing the squad down: “All the lists were pretty divergent!”

When he spoke to the media on Tuesday, Tandy mentioned the “cohesion” he has built up with Townsend within the Scotland coaching team as something that will be very important in helping the Lions squad hit the ground running.

Townsend himself admits it will be equally as important that he and Tandy can get onto the same page as Gatland, Jenkins and forwards coach Robin McBryde quickly.

“It’s collaborative, coaching at the highest level, especially in our sport,” Townsend, who turned down a chance to coach on the 2017 tour to New Zealand, said.

“I suppose the game plan, the direction of where we want to go with this team will take its own course. It will be because of what’s working at training, what’s working against a certain opposition, and how things are embedded.

“We might have ideas now about how we’re going to play, but that will change over the next two or three weeks.

“I believe that rugby players and a rugby team have to take over the game plan as you get closer to a game. You have to allow those leaders to talk in meetings and on the field and to make decisions when you play the game.

“The balancing act with a team like the Lions is making sure there’s clarity. You are bringing four different nations together and many more clubs. I’m sure the players all understand that too - they’ve got to be open-minded at what is right for the team.”

??? "I don’t care where you come from, I want to pick the best players. There will definitely be more Scots this time because they have fronted up in the Six Nations"

On Monday, all five coaches met for the first time face-to-face since the four assistants had been appointed by Gatland.

They all turned up with potential Lions squads and debated them, apparently for four hours, before dinner at their London base.

“A lot of the meeting was focused on selection, going through each position and being open-minded about players who could make a difference to the Lions,” Townsend reveals.

“We know that the squad will be named in three weeks, but it was good to have that discussion and there will be a few more between now and May 6.

“We all basically chose our own squad and then compared notes. All the lists were pretty divergent! There was a core group that most of us agreed on, maybe 50-60% that we could all see as Lions this year, but the other 40-50%, there’s still a lot of discussion to be had and opportunities for players to get in that squad.”

And, like Tandy, Townsend feels a number of Scots could make the trip to play the world champions in their own back yard.

“I think the Scottish players have put their hands up and not just in this season’s Six Nations, but in the one prior to that,” he said.

“If you look at the last two Six Nations, there is just one point separating Scotland, Ireland, Wales and England and that shows you how competitive it is between the countries that make up the British & Irish Lions, so Scotland players are in the mix, but are up against very good players from the other three teams.”