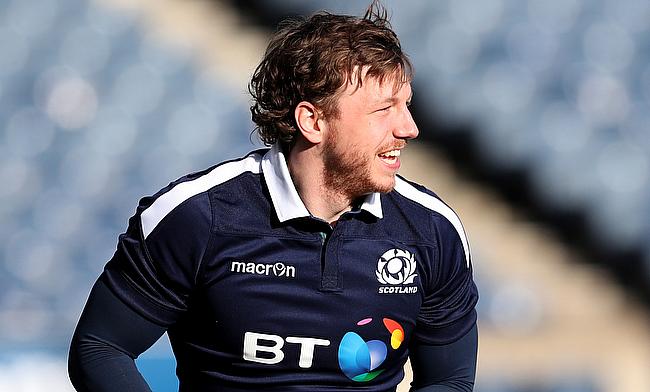 Hamish Watson had the second best carries in the tournament
©PA

Scotland flanker Hamish Watson has been announced as the Six Nations Player of the Championship for the recently concluded 2021 edition.

This is the third time in the last six years a player from Scotland has gone on to claim the award after Stuart Hogg was named the Player of the Championship in 2016 and 2017.

With a try and an assist to his name, Watson also had made 55 successful tackles and finished the tournament second in most carries with a tally of 67 and played a pivotal role in the Dark Blues finishing fourth in the table with three victories from five games.

“I’m very surprised, obviously loads of top players were up for the award. I think when you do win something like that, it’s full credit to the team I’m in as well and to all of the guys who have won it previously," he told in a statement released by the Six Nations.

“It shows what good teams you’re playing for. The Scotland team we’re all playing in at the moment is a great team and we really believe we can achieve things in the next few years.

“We think we’re heading in the right direction and full credit to the whole team, because without them, boys can’t win these personal accolades.”

Six Nations chief executive Ben Morel congratulated Watson on winning the award and thanked everyone for making the tournament a success amid difficult situation prevailing due to Covid-19.

“Our heartfelt congratulations go to Hamish on a fantastic campaign in what was a superb year for Scotland. He is a player who gives absolutely everything on the field and that has clearly resonated with fans.

“It’s fantastic that alongside very strong television viewing we are seeing ever stronger engagement across all digital platforms.

"I want to extend my thanks to each and every fan who took the time to vote, and to everyone who is part of the Guinness Six Nations community for your contribution to making this a hugely enjoyable and successful Championship.”