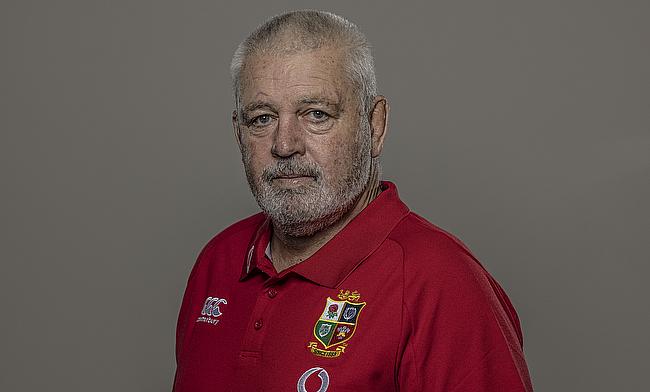 Warren Gatland confirms coaching panel for British and Irish Lions' tour of South Africa
Neil Back Interview: Lions tours are about touring - The players will never forget it

Warren Gatland has urged for 'common sense' to prevail over releasing of Premiership players for the upcoming British and Irish Lions tour of South Africa.

Gatland, who recently confirmed Gregor Townsend, Steve Tandy, Robin McBryde and Neil Jenkins as his assistants for the tour will be in charge of the Lions for the third consecutive year as they face the Springboks in a three-Test series.

The former Wales coach is expected to announce a 36-man squad for the tour on 6th May as the Lions board are set to discuss with Premiership rugby over the release of the players as the warm-up game against Japan to be played at Murrayfield will be on the same weekend as the Premiership final scheduled on 26th June.

"We still don't know what the situation is with PRL," said Gatland.

"We're trying to get a resolution on what its stance is on the release of players.

"There have been agreements in the past and the Lions have always compensated clubs for the release of players - something they didn't really have to do because the regulations allow for release on a certain date.

"We understand about the Premiership final and players involved in that, but we hope to be together for a couple of weeks of preparation leading into the warm-up game against Japan.

"If some players are not available for that preparation time, there are some tough calls to make. Is two weeks' preparation for that game and the tour better than trying to put a squad together at the last minute, to get on the plane and play the following week?

"Is that going to be a harder challenge than actually picking players who you can work and prepare with?

"What we are asking is can they be released a little bit earlier, when they've finished their club campaign?

"I'm just hoping we can get some resolution and that common sense will prevail, so we don't have to go through the squad and start looking at 50-50 calls on players and think 'well, he's based in England so unfortunately he's not going to be available to us'."