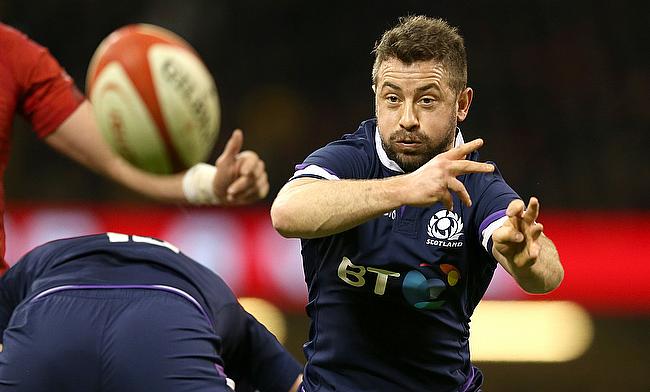 Apart from Laidlaw, centre Peter Horne, wing Sean Maitland, prop Simon Berghan, lock Grant Gilchrist and number eight Ryan Wilson also make a return as Scotland look to bounce back from the 34-7 defeat they sustained against Wales in the opening round.

Ali Price, Jon Welsh, Ben Toolis and Chris Harris. Cornell du Preez have been left out from the XV that played in the game against Wales while Byron McGuigan is injured.

“As a group we’re delighted to be playing at home in front of another sell-out crowd at BT Murrayfield and are looking forward to putting in a performance that can energise our supporters," said Townsend.

“To do that we need to out-work the opposition and be more accurate in a number of aspects of our play.

“We’ve seen a response from the players in training this week and that needs to continue into and through the 80-plus minutes of the match because France will pose a massive and immensely-physical challenge.”