Say it in 7 – Realising Ambition 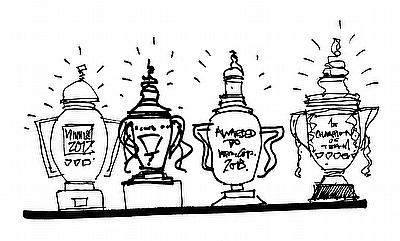 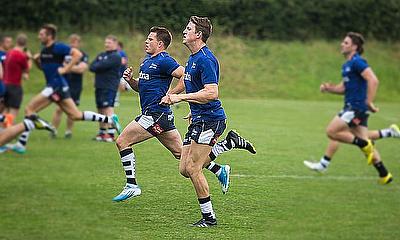 Summer of 7s
Say it in 7 – Who is the Audience?
Great Britain Royals claim victory at the Gdynia Sevens
Say it in 7 - Focus on Preparation
Supreme Australia and France lift World University Championship titles
An introduction to Say it in 7 and the Business of Rugby

In our third article in the Say it in 7 series, we analyse how rugby sevens is a great platform for emerging talent to make their mark on the sport and use parallels with the business world to explain this.

Having begun writing about rugby six years ago, I have seen some examples of how well the sport is able to showcase talent and realise the ambition of some of the growing stars in the game.

For starters, I began reporting for my school side – Wilmslow High School. At the time, they were the best state school in the country highlighted by the fact that they reached the last four of the Daily Mail Cup (Now the NatWest Schools Cup) back in 2011.

The talent on show was outstanding not only from Wilmslow, but from all the schools competing for a place in the Twickenham final. Wilmslow had one of the current rising stars of both the 15 a-side game and the 7 a-side game in their squad; Sam James.

Another young talent lined up against James in the semi-final that year. From Whitgift School, this player dictated the game from minute one and like James, showed to the hundreds of people watching what he was all about. Now, he is very much part of Eddie Jones’ England set-up and from playing school rugby and combining that with sevens rugby along the way, Elliot Daly is one of the best examples of how rugby can promote some of the most promising sporting talent.

Competitions like the school’s cup as well as the rugby sevens events including Bournemouth, Sevens in the City and Skofic 7s really do allow young and hungry players to showcase their skills and raw talent which in turn, could pave the way for them to go on and achieve more in the game.

Red Panda 7s side are just one of many teams that source talent and allow them to shine on the sevens stage across the country. Former players include Sale’s Mike Haley and current England and Great Britain 7s players Ruaridh McConnochie and Dan Bibby who are all excelling.

On the university stage this term, the BUCS 7s finals in Leeds was the perfect platform for some of the best players in the student game to show what they had to offer. The likes of Zack Henry and James Beal performed superbly for their respective universities and that led to a call-up to the Great Britain students side for the World Championships in Swansea. It is this sort of platform which can help open up opportunities for players.

From Swansea to South America where this summer rugby sevens will appear in the Olympic Games for the first time in the history of the sport.  Last Tuesday, Great Britain’s Men’s coach Simon Amor announced his squad that will travel to Rio and it has an average age of 26. Yes, this might not be that young, but the chance to perform on arguably the biggest sporting stage there is is a fantastic opportunity for the Men’s and the Women’s teams in Brazil this August.

“Nothing rivals the Olympics so it is great for both the men’s and the women’s game that they get this kind of stage to perform on. It is a game changer. Many of these players won’t have experience the excitement and euphoria that they are about to in Brazil. Rugby sevens has a real chance to shine this summer.”

The HSBC World Series has certainly added to talent development for Team GB in particular. With Scotland finishing the most recent season strongly with a tournament win in London and Wales performing well as the campaign reached its climax, it allowed Amor to pick from an extensive pool of talent which can certainly be seen as a positive for Great Britain and the tournament itself.

In truth, whether you are lining up on the semi-professional circuit on one of the many tournaments hosted across the UK during the summer or stepping out at the Deodoro Stadium next month, rugby sevens is a great platform for players to showcase talent and realise their ambition what every age you are.

Say it in 7 founder Tim Baynes uses a pitch scenario to describe how best to showcase your skills in order to gain the desired result:

To win your pitch, you must consider these three points and they will take you along the road to success.

1 What points must the client agree with in order to accept your recommendation? It is worth building a clear idea of what the client must ‘buy into’ in order to do business with you

2 Determining whether facts and figures or some other form of evidence will convince the client is a critical component of a successful pitch. Look no further than a legal case: material is entered as evidence and can be accessed by both sides, but it is sometimes the ability of one party to make better use of the evidence that wins the case.

3 It is said there are two types of people: those who move towards something (focused on doing something new or exciting) and those who move away from something (motivated by stopping bad things happening).  What type of person are you pitching to?

For more info on how develop an ambitious pitch email Tim at tim@timbaynes.co.uk