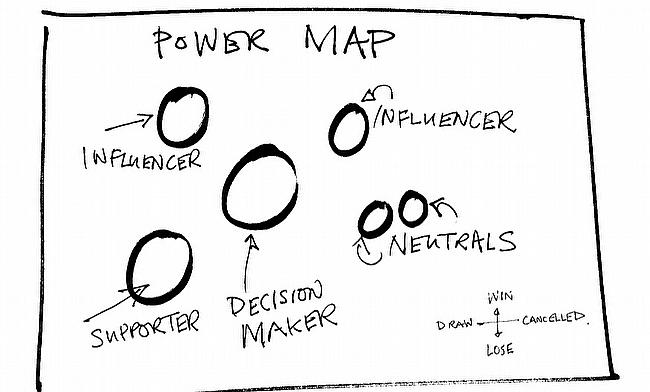 In our first article in the Say it in 7 series, we will be giving you an idea of our partnership with Say it in 7, introduce the team behind the ideas and we will also be speaking to TRU’s Marketing Director Max Ashcroft about combining business and rugby.

Welcome to our unique series of Say it in 7 articles on Talking Rugby Union which will combine business and 7s rugby in the lead up to the Olympic Games in Rio this summer.

Say it in 7 is an exciting and innovative way to share ideas and proposals. The Say it in 7 programme has already been hard at work for hundreds of business people to help them pitch and present their ideas in a more effective manner.

Talking Rugby Union’s aim is to combine those skills and apply them to rugby across a series of topics including preparation for tournaments, focusing on opposition and team building in the lead up to Brazil.

So who is behind the Say it in 7 initiative?

Say it in 7 is headed up by Tim Baynes who before setting up this firm worked within Microsoft's digital advertising group from 2004 - 2009, where he founded a learning and development team operating across Europe, the Americas and Asia.

Tim worked in the BBC Advertising Sales group within BBC Worldwide in the new role of Global Learning and Development Director. He ensured that every sales person had long-term development plans in place. At the same time, he tactically delivered training where needed to add direct value to the sales business.

Away from work, Tim is a practising artist where he exhibits yearly, and his work is held in private collections in the UK, USA, France and Australia. He is a keen cyclist and he is now ready to combine his quality work with rugby and Talking Rugby Union

So that was Tim’s introduction, but what about the Talking Rugby Union team?

Throughout the series of articles, we will be speaking to some of the top young players in the country as well as previewing and reviewing some of the main tournaments that are taking place across the UK as well as focusing on Rio De Janerio.

We will be hearing the thoughts of England 7s stars Dan Bibby and Ruaridhh McConnachie on all our different topics and how it effects them when playing the game. We will also be getting the views of some of the emerging stars in the XV a-side game including Sale Sharks’ Sam James and Mike Haley.

Our main man in Brazil during the Olympics will be photographer Fredric Wale. His fantastic work has been showcased on TRU over the last three years and he now lives and works in Rio; one of the most exciting cities in the world.

TRU’s Creative Director Max Skofic and Marketing Director Max Ashcroft will also have their say on certain topics as both are currently involved in the game at a high level. Max S currently represents Slovenia on the international stage while Max A applies his trade at National Two North side Sedgley Park and both are involved heavily with the national rugby sevens team – Red Panda.

Both Max’s have played a huge part in creating and taking Talking Rugby Union to the next level over the past few years and this partnership with Tim and Say it in 7 is another string to their bow, which is a point that Max A certainly echoes.

“This is a world class programme of business education from Tim Baynes combined with our build up to Rio, said Max A.

“We want to give our existing and new fans with original and new content. Tim has worked with BBC and Microsoft, understands digital marketing and sales. This approach will be unique and we hope to get players, coaches and administrators to Say it in 7 over the next 7 weeks.”

Both rugby and business is important to Max Ashcroft who along with Max Skofic, have worked tirelessly to improve Talking Rugby Union. Since the Rugby World Cup last year, Max A believes that TRU are consistently hitting the targets they are setting and feels business in the sport which he loves is now certainly one of his main priorities.

He added: “We have made great progress in the last 18 months with the provision of 24/7 rugby news and a focus on Emerging Talent, University Rugby and National Leagues.

“We have just come off a great 18-day World Rugby U20 Championship in Manchester. The website traffic continues to grow and we are engaging with 1/2 million fans every week.” We are going to keep showcasing young rugby talent and get their abilities to a wider audience. Content will increase in geographic reach and we will also generate new styles of rugby news and analysis.”

“In terms of the rugby sevens side of things, my involvement with Red Panda is something I relish. We founded it in 2012 to showcase rugby and its players, but it now is a brand as well as a national sevens team.

“We entered Bournemouth 7s, Skofic7s (organised by Max S and his brothers) and Chester7s. The Skofic7s became part of the RFU national 7s tournament and we came out winners and have progressed to the regionals at West Park Leeds on 17th July.”

“For me personally, I really enjoyed last season with Sedgley Park Tigers in National 2N; a really ambitious club but friendly. The lads are superb on and off the field.

“I still attempt to maintain a training schedule that I experienced at Bath Rugby but have added some CrossFit. I still dream of a pro contract but now see the business of rugby being a path way for me.”