Say it in 7 - Develop the Game Plan 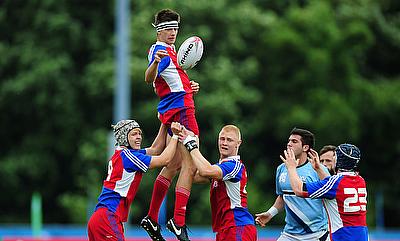 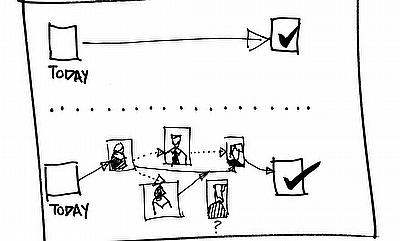 There is no hiding the fact that rugby sevens is a very unique game. Arguably, there is no other sport like it. The amount of space creates a much higher tempo and as a result, makes it a much more open contest between the two teams.

With these stark differences to the XV-a-side game in mind, different game plans must be in place. The key to rugby sevens is all about retaining possession and coaches at all levels must have their tactics in place to achieve that goal as much as they can.

TRU covered the World University Rugby Championships in Swansea last month and it was clear that Great Britain’s Women coaches Susie Appleby and Nick Wakely adapted their game plan in their play-off match against Italy in order to keep hold of the ball.

Appleby stated that her side used the wind to their advantage and were wise from the kick-off which enabled them to control the ball and the game which ultimately led to them clinching victory. She added that her players looked comfortable in possession and were able to pass the ball without putting themselves under pressure. They used width and their pace in the squad to take the game to Italy which is another key aspect of a game plan. It is easier to attack then defend in rugby sevens which is why it is crucial that a game plan does focus on ball retention.

Another key part of the game plan for a coach is the concept of defending. In sevens defending is exceptionally tough and stopping the opposition from scoring is always a challenge.

It is vital that coaches get their game plan in place to stop their opposition from gaining easy territory and exploiting the space in behind the defensive line. A good example of a side that executed this perfectly was Newcastle Falcons in last year’s Singha Premiership 7s as their performances defensively helped them reach the last eight of the competition.

Set-piece is a rarity in rugby sevens, but a plan must be in place in order for teams to use them to their advantage turn that into possession dominance. There aren’t many line outs in sevens as the game is more about possession then territory but they do happen.  Coaches will focus their line-out game plan on quick ball to the backs and setting up an attacking platform.

The same can be said with the scrum. It is so important to keep the ball and get it away swiftly, but in the game plan, it must concentrate on the stability of the scrum. If the perfect base is provided, then your scrum half will have an easier pass which will help you keep possession.

Those elements were just a few points which go into a rugby sevens game plan and if they are all worked an improved upon, success in tournaments and matches will be much greater. Say it in 7 creator Tim Baynes echoes this point by using an example from the business world. He makes the point that being structured and having solutions will help gain the desired result:

The Say it in 7 approach to structuring your pitch, story or proposal starts with the client/customer’s pressing challenge and ends on action. Say it in 7 is the methodology to create a pitch/proposal/idea and present it in 7 slides.

In 7 slides we can communicate ‘why our solution’ and back it with evidence that is appropriate to the people who will make the decision.

Next Steps: The last slide (slide 7) asks for action. We want to get a ‘yes’ rather than a ‘maybe’.

For a free Say it in 7 Planning tool email Tim at tim@timbaynes.co.uk