Say it in 7 - Focus on Preparation 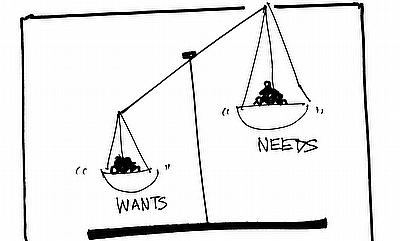 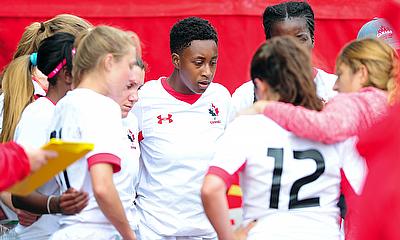 In the World University Championships, Canada are seen here, as a team, preparing for their final
©Onside Inside Images

In our first article in the Say it in 7 series, we take a look at how important preparation is in rugby. We relate it to different aspects of preparation in business and we look at examples in the modern game of why preparation is such a crucial part of rugby.

Fitness, especially in Rugby 7s, is a key part of preparation. It is vital that each player puts in the time both in the gym and on the training pitch in order to go into a competition in the best shape possible.

Physical preparation is any type of training that addresses the main physical elements. In terms of Rugby 7s, you are focusing on the core areas such as mobility, strength, speed, power and reaction time. All of these aspects need to be focused on to help best prepare an athlete or team in order for them to reach their top performance.

It’s easy to see in 7s why the players and teams need to concentrate on these attributes. World Rugby 7s Champions Fiji execute these skills superbly in every single game they play hence why they clinched the title for a second year in a row just recently.

It’s clear that preparation is an integral part of all sport. You want to be in the best shape both physically, but also mentally so you can improve in all aspects of the game.  The way you feel mentality can often reflect how you feel on the field and how you perform.

England’s World Cup disappointment last year might have been down to their mentality. The anxiety and the weight that was on their shoulders could have led to their below par performances.

Preparing in the right way mentality has such an impact on the outcome of performance and results. Against Wales in the pool stages, England were in a comfortable position at half-time and I think their confidence turned into complacency as Wales fought their way back into the contest. Once Gareth Davies had dotted down, England looked shocked and started to panic and ultimately didn’t have the answer.

Working the body as well as the mind is an essential part of preparation.

For me, team work is one of the key aspects of preparation. In the first of Tim Baynes’ articles he relates teamwork to a business scenario and a PowerPoint presentation:

“This is not about fancy PowerPoint. It is about setting the presentation aside in terms of fussing with it up to the final hour of the meeting, instead hold rehearsals and make sure everyone knows their part and the part of everyone else on the team.”

That element of understanding is crucial. Zack Henry, currently playing for the Great Britain University 7s in the World Championships, described teamwork as key and he believes that it is vital everyone knows their role in order to gain success in a tournament.

On a slightly bigger stage, team work was on show when Scotland and Kenya won their respective 7s competitions on the HSBC World Circuit this season. They perhaps may not have had the strongest squad in terms of quality, but their desire and togetherness was certainly key in them winning their events in London and Singapore respectively.

You have to work as a team to become successful and along with Scotland and Kenya, both Spain’s Men’s and the Women’s 7s sides have shown that in abundance in recent weeks as they have defied the odds to qualify for the Olympic Games in Rio. Again, they may not have been the top team in their competition, but that unity and spirit played a part in them achieving their ultimate goal.

With fitness, mentality and teamwork covered, attention turns to how players should look after themselves off the field in terms of nutrition and hydration. This is as crucial as any part of preparation.

Team GB 7s nutritionist Warren Bradley “Getting your nutrition right, will go along with in enhancing your performance."

Warren is referring to both results in the gym and on the field of play when he says this. He enjoys working with the players, but does not travel with the squad. However, he ensures that each programme for his players enables them to refuel and keep in the best shape possible to perform to their highest level.

“It’s all about getting that balance right. It’s not just about carbs, protein and your calorie intake, it is focusing on all areas of the body for ideal health and performance”, added Warren.

Warren suggests that the timing is key for both eating and drinking as well making sure the right amount of research into what supplements are in the market and what practical solutions players can use is done.

Each player is different meaning some perform better with some supplements than others. In addition to this, Warren provides programmes and suggestions to help players make the right choices in terms of supplements and solutions which in turn, helps the players improve their performance.

When it comes down it, the game plan is the linchpin of preparation. Without the tactical and technical preparation, then success is unlikely. As Tim puts it:

Coaches, along with the players, will spend hours working on position specific skills and different tactics that will help beat their opponent. Whether you’re playing New Zealand or Australia, your approach will be different and its key there is a game plan in place to get the desired result.

Focusing on the key attacking attributes such as gaining possession, creating space and supporting as well as the defending aspects like tackling the ball carrier are vital if goals are to be achieved. In addition to this, selecting the correct players to combat the opposition is also crucial as it could be the main difference in gaining a successful result.