Saracens will not look beyond Harlequins game - Mark McCall 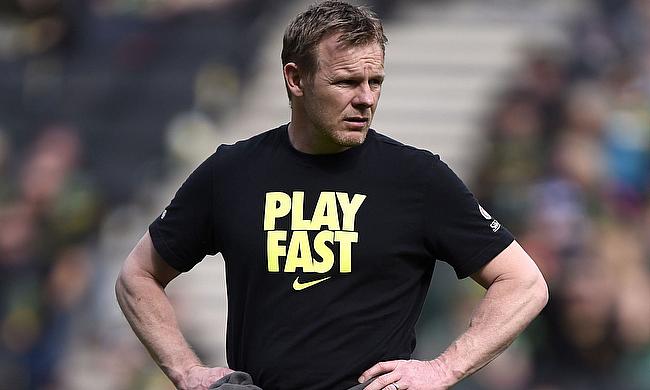 Mark McCall insists that domestic and European title double-chasers Saracens will not look beyond the next game as a season of possible greatness continues to develop.

And the big matches just keep on coming, with a return to European Champions Cup action next weekend when Saracens face a semi-final showdown against Premiership rivals Wasps, who were the last English club to complete a Premiership/European Cup double 12 years ago.

Saracens' Premiership play-off place has already been secured in defence of the title won last term, and they go into the Quins clash following new long-term deals that were announced for their England locks Maro Itoje and George Kruis.

"The group understands that the narrower our focus is, the better we are," Saracens rugby director McCall said. "If we think too far ahead, we trip up.

"Quins is the only thing we are thinking about. We were disappointed about how we played against them at The Stoop just after Christmas, not so much the result, but the performance. It's a big game.

"If they win, it gives them a real shot at the top four. It is massive for them, but it's also important for us because we want some momentum going into the rest of the season, and we want a home semi-final if we can."

Northampton's play-off hopes will be left hanging by a thread if they fail to beat fierce east midlands rivals Leicester at Franklin's Gardens on Saturday.

Saints are currently four points behind Leicester in fifth place, but time is running out for a team that made its European exit six days ago, with a loss this weekend meaning they will probably be left with too much to do.

"We need to win to get back into the mix. If we don't, it will be difficult," Northampton fly-half Stephen Myler said.

"It will be a big challenge, but we are confident in our ability. It comes down to who executes better in the crucial moments - it will be very fine margins."

Leicester powered into the Champions Cup semi-finals by demolishing French challengers Stade Francais last Sunday, and Tigers rugby director Richard Cockerill said: "This is a huge game, and if we can win, it will put us some distance away from Saints, Quins and Sale.

"It's important for us to get the result at the weekend and get away from a battle on the last day of the season to qualify for the top four. Our only focus is to go there and win."

A bonus point victory for Wasps against Worcester at Sixways on Saturday would confirm a play-off place, and they return to action following a gripping last-gasp European victory over Exeter last weekend.

"After the emotional high of Saturday's last-minute victory in Europe, the players have responded well in training this week and have quickly focused their attentions on what will be a very difficult trip to Sixways," Wasps rugby director Dai Young said.

"After a tough start to the season, Worcester have really shown their quality in recent weeks with wins over London Irish, Harlequins, Newcastle, Gloucester and Sale Sharks, so we know the challenge that will face us.

"For us, it's an opportunity to cement our place in the top four and to continue to push for a strong finish in the Premiership."

Although an Irish defeat - they have won just once away from home in all competitions since February last year - would not mathematically consign them to finishing last, their Premiership fate would effectively be sealed.

But an Exiles victory means that Newcastle would be dragged firmly back into the relegation mix with just two games left. Irish then face Harlequins and Wasps, while Falcons tackle Saracens and Sale Sharks.

Sale are also in action on Sunday, hosting Bath in a game that is vital with regard to their hopes of securing a top-six finish and guaranteed Champions Cup qualification for next season.